Oxfam sanitation project in one of the tent camps in Haiti.
Jonathan Torgovnik—Getty Images
By Jamie Ducharme

Oxfam CEO Mark Goldring has denied a cover-up at the aid organization amidst revelations that some of its employees hired prostitutes while working in Haiti following the 2011 earthquake there.

Goldring told BBC Radio that the aid organization was forthcoming about employees’ “serious misconduct,” though it did not specify their exact actions, BBC reports.

“We were very open with the public that we were ashamed of the behaviour of our staff. We still are,” he told the network’s Today show. Still, he allowed that, “With hindsight, I would much prefer that we had talked about sexual misconduct.”

Four staffers were dismissed as a result of the scandal, and three resigned before the investigation had ended, BBC reports. Roland van Hauwermeiren, who was heading up Oxfam’s efforts in Haiti, was among those who resigned. He went on to work for Action Against Hunter in Bangladesh, apparently with no warning from Oxfam, according to the Times.

The U.K.’s Department for International Development is reviewing its funding for Oxfam in the wake of the scandal, according to the BBC. The aid organization, for its part, has defended its actions.

“Our primary aim was always to root out and take action against those involved and we publicly announced, including to media, both the investigation and the action we took as a result,” representatives said in a statement. 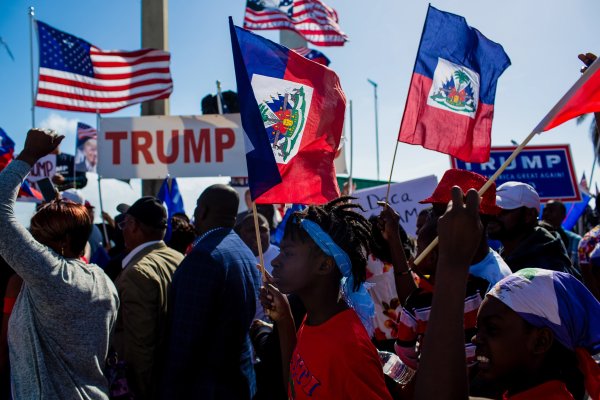