He used to be called the Flying Tomato for his wild red hair. But now, Olympic snowboarder Shaun White has cleaned up his look — to the surprise of many Olympics viewers who have been following his aerial stunts for over a decade. Now that he’s back on our screens for the 2018 PyeongChang Winter Games, all eyes are back on him.

White, who has collected two gold medals in three other Olympics since 2006 when he made his first big international splash at the Games, has kept his hair more closely shorn for years now. But first impressions can stick, and fans who only check in with him when the Winter Olympics roll around every four years are still scratching their heads about how he’s matured and changed his appearance since.

White is one of the world’s most decorated snowboarders. He’ll be seeking to add to his medal count this year, after coming up empty-handed back in Sochi in 2014. 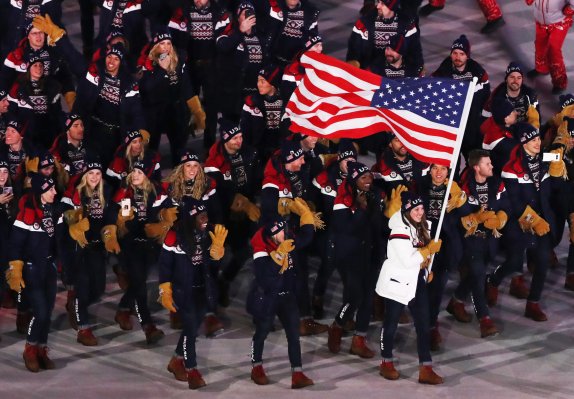 This Is the Order That Countries Marched in at the Winter Olympics Opening Ceremony
Next Up: Editor's Pick