“He says he’s innocent, and I think you have to remember that,” Trump said speaking to reporters at the White House. “He said very strongly yesterday that he’s innocent.”

Porter resigned Wednesday after his two ex-wives detailed allegations of domestic violence to the Daily Mail, which also published a photograph showing one of their alleged injuries and a restraining order filed in 2010. Both women said they had notified the FBI about the abuse while Porter was being vetted for a security clearance, which raised questions about when members of the White House knew of the allegations.

After submitting his resignation, Porter called the allegations “outrageous” and “simply false.”

“He did a very good job when he was in the White House, and we hope he has a wonderful career,” Trump said Friday. “It was very sad when we heard about it, and certainly he’s also very sad . . . We absolutely wish him well.”

White House Chief of Staff John Kelly has also defended Porter, saying “there is no place for domestic violence in our society” after the photograph of his ex-wife with a black eye surfaced, but standing by his initial statement that Porter “is a man of true integrity and honor.” 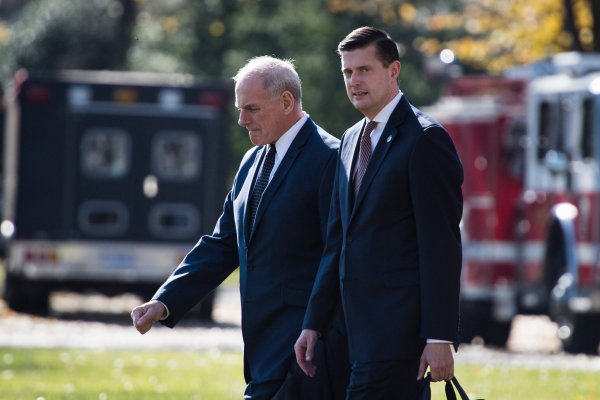