Sen. Paul: Congress Is Full of Hypocrites. I Took a Stand

Sen. Rand Paul takes a break from the floor of the U.S. Senate with Rep. Justin Amash and Rep. Thomas Massie at the U.S. Capitol on Feb. 8, 2018.
Win McNamee—Getty Images
Ideas
By Sen. Rand Paul
Paul is the junior U.S. Senator for Kentucky

Last night, for a few hours, your government shut down. Most likely, you slept soundly while this happened. The sun rose, and the world went on. The Government is open again. But the reason for and message behind yesterday’s debate and action in the Senate is still here.

The Senate was set to vote on a 700-page bill that added over $500 billion in new spending to our already out-of-control debt. It was a massive and destructive bargain struck by the leaders of both parties, where both got to blow up the spending “caps” they agreed to just a few short years ago.

I simply asked for one thing in this broken process: a 15-minute vote on whether those caps should or should not be broken. The furor this request set off among leadership, the wailing and screeching among Big Government advocates in Congress and in the media — well, you would think I had asked them to shut down forever.

No. I didn’t want them to shut down at all. Not really. I simply wanted them to act like their spending matters. Like the voices of the people elected to serve matter. Like the process matters.

Right now in the Senate, nothing seems to matter except the will of a small circle of Big Government, free-spending leaders who demand silence and “take it or leave it” votes.

I chose to leave it.

Seven hundred pages of bill, spending over 500 billon new dollars. It’s a lot to throw at someone the day of a shutdown deadline. But of course, the leaders knew that. They count on no one to challenge them. They count on rubber stamps and yes-men who will fight them “the next time.”

Yesterday, I wanted to show my colleagues and the voters that sent us that the time is now. Our debt is $20 trillion and growing, and our party seems to only want to be fiscally conservative when they’re in the minority. We now control the House, Senate and White House, and we should stand for less government and less spending. Instead, we see a massive increase that would make President Obama cringe.

Some have asked how I could vote for tax cuts that added to the deficit. The simple answer is that I didn’t. Tax cuts are not spending. They are allowing you to keep more of your own money. We should plan for spending what comes in. In fact, per budget rules, the tax bill I voted on and supported was required to be paid for, and Congress had a year to figure out how. Ninety-one senators, including all Democrats, later voted against my effort to keep it that way.

I’ve voted against spending more, and I’ve proposed specific ways to cut spending and balance our budget. But I refuse to concede that we have a tax problem — we have a spending problem, and I will continue to fight to fix it.

You’ll read a lot of stories today, fed to a lot of reporters by a lot of tired staffers, and they’ll tell you all about how I wouldn’t play nice with them and let them get their massive spending bill in secret.

It didn’t work. Millions of people saw what they were doing. People tuned in to TV, followed on social media, and had the debate trending number one all night. Why does that matter? Because I wanted people to see what was happening. I want them to remember. And I want them to send more people up here who care about reforming our process and fixing our out-of-control spending.

Turning on the lights is necessary to expose what is going on in the darkness. Our future is at stake. Our country’s debt is out of control.

I hope this causes fiscal conservatives across the country to pay careful attention to this Congress. To not accept just anything because it comes from a GOP Congress.

I hope this makes conservatives across the country realize that right now, they aren’t getting what they voted for in Washington. It’s not too late, but in Washington, nothing moves unless it’s pushed. 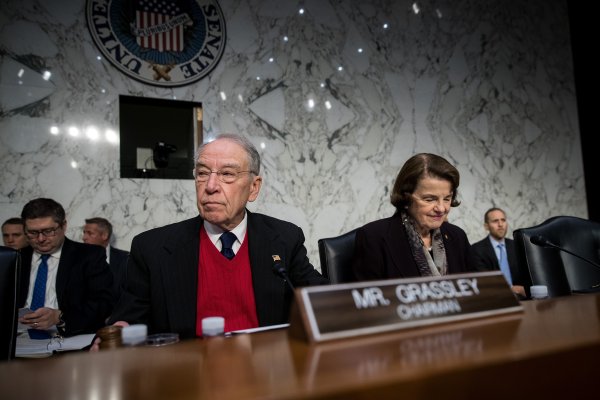