A woman at the Tucson International Airport may have given birth there before leaving the newborn baby in a bathroom with a handwritten note, according to authorities.

On Jan. 14, shortly before 10 p.m., a rental car employee called 911 to report that she found a baby in the bathroom near the rental car agencies, according to Tucson.com.

“Please help me,” read the note left with the child. “My mom had no idea she was pregnant. She is unable and unfit to take care of me. Please get me to the authorities so they can find a good home.”

“I just want what is best for him and it is not me,” the note continued, switching to the mom’s perspective. “Please. Im sorry (sic).”

The baby was found with a torn umbilical cord, but was in healthy condition overall, according to The Washington Post. Airport spokeswoman Jessie Butler told the Post in a statement that the baby is in the custody of the Arizona Department of Child Safety.

The Tucson Airport Authority on Tuesday released surveillance footage of a person they believe to be the baby’s mother, along with an image of the note and audio of the 911 call. Airport officials are trying to identify the mother, “but we’ve exhausted our resources,” Butler said in a statement. Authorities have not yet filed any criminal charges, according to the Arizona Daily Star. TIME has reached out to the airport for more information.

Arizona is a safe haven state, meaning that in accordance with state law, mothers may give up their babies to specified authorities—hospitals, fire stations, licensed adoption agencies, or churches—up to three days after birth. Airports are not listed as safe haven locations. 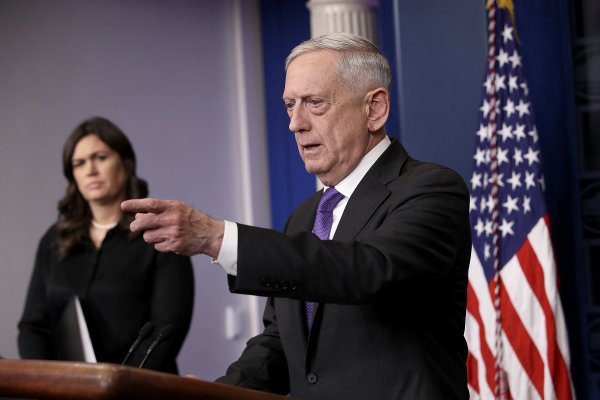