Freezing weather did not stop the Bermuda delegation from wearing bright red shorts and blazers for the opening ceremony of the 2018 Winter Olympics in PyeongChang, South Korea.

Cross-country skier Tucker Murphy, who was accompanied by his coach Pepa Miloucheva and assistant coach Waxer Jeff Shaw, wore Bermuda shorts, named after the Caribbean territory, despite the cold temperatures— that dipped below 30 degrees Fahrenheit.

“That’s normal,” Dexter Smith, editor of Bermuda’s Royal Gazette newspaper, told USA Today. “At the Olympic Games, winter or summer, we’re pretty much famous for our Bermuda shorts. …It’s not a novelty. Not be any stretch.’”

The Bermudan delegates were not the only islanders that were under-dressed. Tonga’s Pita Taufatofua marched oiled and bare-chested during the ceremony as well.

Their frigid march comes a day after the British island territory became the world’s first jurisdiction to legalize and then repeal same-sex marriage, which critics say is rollback of civil liberties.

See the reactions to the bold choice of attire below. 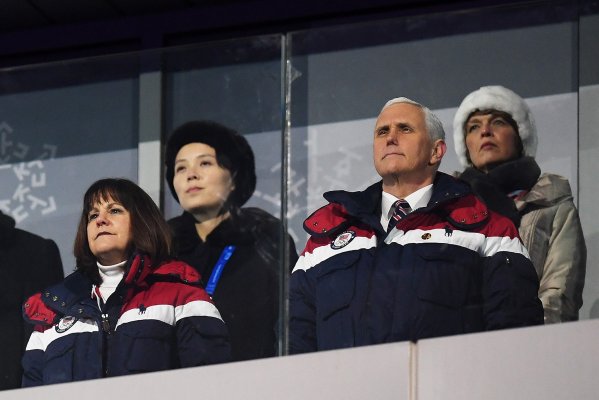