Qualifying for the Olympics, much less snagging a medal, is a crowning achievement for even the best competitors in sports. But some professional athletes exist on a whole different level, and are capable of winning events as different as bobsledding and sprinting. For those elite athletes athletes, winning transcends even the seasons in which they compete in the Olympic Games.

At least 128 of the world’s fastest and strongest have tried to win both the Summer and Winter Olympics, according to Today. But just five athletes in the history of the Olympic Games have won medals at Olympic Games, excelling in events that would not normally pair together, like yachting and ski jumping.

Check out the athletes who have won medals at both the Summer and Winter Olympic Games below.

Eddie Eagan is the only Olympian to have won a gold medal at both the Summer and Winter Olympics. Eagan, who developed a boxing career while studying at Yale and Harvard universities, took gold in light-heavyweight boxing at the Antwerp Olympic Games in 1920, according to the International Olympic Committee. More than a decade later, Eagan joined the U.S. bobsled team for the 1932 Winter Olympics in Lake Placid. Although he had never ridden a bobsleigh before, Eagan’s team of four took first place.

A ski jumper and sailor, Norwegian athlete Jacob Tullin Thams became the Winter Olympics’ first ski jumping champion, taking home the gold at the first Winter Olympics in 1924 in Chamonix, France. After a controversial performance at the 1928 Winter Olympics, in which he jumped a record 73 meters but was disqualified for falling, Thams returned to the Olympics for the Summer Games in 1936. There, he won a silver medal for his effort as part of the Norwegian yachting crew.

Germany’s Christa Luding-Rothenburger is the only athlete to win medals in both the Summer and Winter Olympics during the same year.

After earning a gold medal in the 1984 500 meter speed skating event, Luding-Rothenburger returned in 1988 to win the silver in the same event and the gold the 1,000 meter event. That same year, Luding-Rothenburger earned a silver medal in the match sprint cycling event at the 1988 Olympic Games in Seoul. She later won a bronze medal in speed skating at the 1992 Winter Games in Albertville.

Clara Hughes earned her first Olympic victory by winning bronze medals in the individual road race and the time trial in cycling at the 1996 Summer Olympics in Atlanta. The Canadian athlete returned to the Olympics in a different event at the 2002 Winter Olympics in Salt Lake City, where she won the bronze in speed skating. Hughes later won the gold in speed skating at the 2006 Winter Games in Turin and the bronze again at the 2010 Winter Games in Vancouver.

A lifelong track and field star, Lauryn Williams won a silver medal in the 100 meter race at the 2004 Summer Olympics in Athens. The sprinter took home a gold medal at the 2012 Summer Games in London as part of the 4×100 women’s relay team.

An injury prevented Williams from sprinting in the Olympics again, but the athlete returned to the games anyway. During the 2014 Winter Olympics in Sochi, Williams took silver with Elana Meyers in the two-woman bobsleigh race. 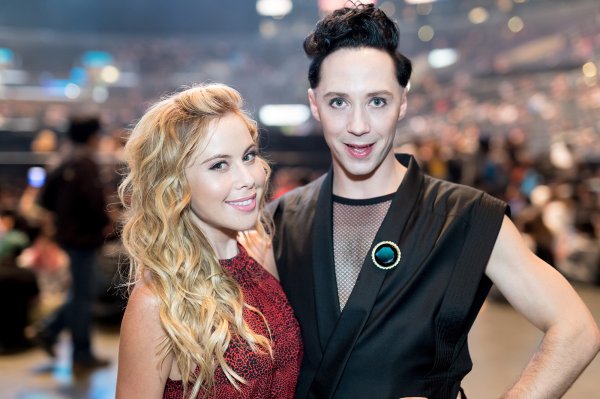 Tara Lipinski and Johnny Weir's Blistering Figure Skating Commentary Should Be a Winter Olympic Sport
Next Up: Editor's Pick