The 2018 Winter Olympics have brought thousands of athletes to the bitter cold of PyeongChang where temperatures could sink below zero degrees Fahrenheit when factoring in the wind chill factor.

But bitter cold Winter Olympics might soon be a thing of the past as a result of climate change.

Global warming is challenging winter sports across the globe and scientists say the phenomenon could slim the number of potential Olympics hosts dramatically in the future.

“It’s a worrisome trend,” says Terrence Burns, a sports consultant who has worked on Olympic and World Cup bidding. “As there are fewer and fewer cities that can host the alpine events, you might see a move toward the same cities hosting the games over and over.”

Research published last month from the University of Waterloo found that only eight of 21 previous winter Olympics hosts would be able to do so again by 2100 without urgent action to address climate change. Average temperatures during the Olympics are up from around 33° Fahrenheit before the 1960s to 46° Fahrenheit this century, according to the study.

Cities in the Alps, including Chamonix and Innsbruck, rank among those that may no longer be viable in coming decades. Sochi, host of the 2014 Olympics, is unlikely to host another Winter Olympics even if emissions are reduced dramatically, according to the study. Albertville, Beijing, Calgary, Cortina d’Ampezzo, PyeongChang, St. Mortiz, Salt Lake City and Sapporro would likely still be reliable hosts in the 2080s even without dramatic efforts to curb greenhouse gas emissions.

Hosting the Winter Olympics will also likely entail significant costs as the planet warms even for those cities that remain cold enough. Cities will need to produce and stockpile snow to prepare for outdoor events. That was the case in Sochi and Vancouver in 2010, says Burns.

Despite these challenges the Olympics may still be the best spot to catch winter sports.

The number of places where skiers, snowboarders and other athletes can enjoy their winter activities themselves is on the decline. Many ski resorts in the U.S. are expected to see the length of their season cut in half by 2050 and as more than 80% by 2090, according to research published last year in the journal Global Environmental Change. 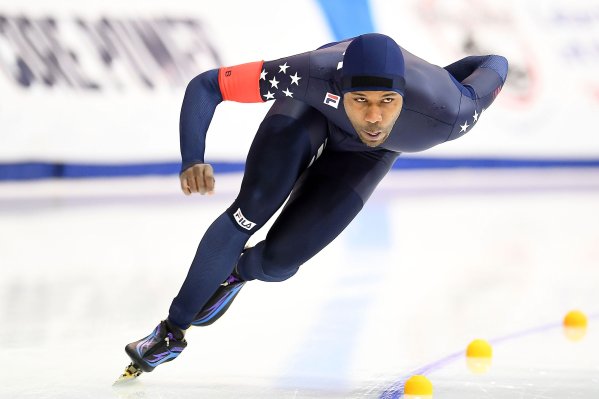 Shani Davis Was Right to Be Mad About Getting Snubbed As Team USA Flag Bearer
Next Up: Editor's Pick