In a statement to IndieWire on Thursday, Quentin Tarantino apologized for insisting that Roman Polanski was not guilty of rape in a 2003 interview with Howard Stern.

“I want to publicly apologize to Samantha Geimer for my cavalier remarks on The Howard Stern Show speculating about her and the crime that was committed against her,” the statement reads. “Fifteen years later, I realize how wrong I was. Ms. Geimer WAS raped by Roman Polanski. When Howard brought up Polanski, I incorrectly played devil’s advocate in the debate for the sake of being provocative. I didn’t take Ms. Geimer’s feelings into consideration and for that I am truly sorry.”

Tarantino then concludes, “So, Ms. Geimer, I was ignorant, and insensitive, and above all, incorrect. I am sorry Samantha.”

Polanski was charged with raping and drugging a 13-year-old girl in 1977, ultimately pleading guilty to unlawful sex with a minor. After Uma Thurman told the New York Times that Tarantino pressured her to film a scene on the set of Kill Bill, culminating in a car crash in which the actress was severely injured, a clip of his conversation with Stern resurfaced via Jezebel. In the interview, Tarantino said of Polanski, “I don’t consider him a rapist,” and elaborated after being challenged by Stern and Robin Quivers.

“You can’t throw, you know, throwing the word rape around is like throwing the word racist around, all right?” he said in the 2003 clip. “It just doesn’t apply to everything that people use it for, all right? He’s guilty of having sex with a minor … She wanted to have it, and dated the guy … By the way, we’re talking about America’s morals, we’re not talking about the morals in Europe and everything, all right?” Quivers then said Polanski was “giving her booze and pills,” to which Tarantino insisted, “Look, she was down with it.”

Tarantino had previously addressed Thurman’s comments about his Kill Bill behavior, saying that he tried to ensure her safety, but that the crash nonetheless remained “one of the biggest regrets of my life.” Thurman also said she did not hold Tarantino responsible, alleging that the blame rested with producer Harvey Weinstein and her former agency, CAA.

Read Tarantino’s full apology for his Polanski remarks, via IndieWire, below. 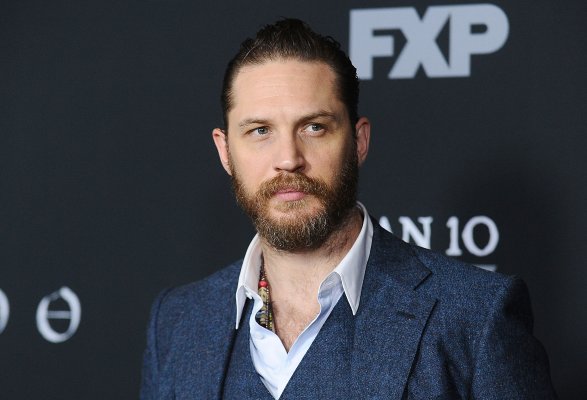 The First Taste of Tom Hardy's 'Venom' Is Missing One Thing
Next Up: Editor's Pick