Redheads Have the Most Triumphant Reactions to Getting Their Own Emoji

Redheads are positively thrilled to be getting emoji of their very own.

The Unicode Consortium, which oversees emoji selection, announced the 157 new characters for its new Emoji 11.0 collection Wednesday. And with this fresh new batch comes a key addition: the long-awaited redhead emoji in a range of skin tones. For phone-carrying customers who have long felt excluded from the conversation, this news about red hair cartoon people is raining down like champagne.

Other new emoji: a smattering of superheroes, leafy greens, a paper hat topped-“party” face, a pirate flag, a pink frosted-cupcake, and a mosquito. Users will also be able to choose from bald, curly-haired and others, also in a range of skin tones. They’re all set to release in June, but won’t likely hit everyone’s phones until August or September. Despite the fact that the redhead emoji won’t be at our fingertips for months, there’s a widespread celebration online.

It may not be Holland’s Redhead Days festival, which unites natural born redheads from all corners of the earth, but it is a redhead party. It’s truly a new dawn, and a new day.

Not everyone was thrilled with the shade.

And in the age of a space car, some people were not about the June 2018 rollout.

But most people are pumped that they’re coming.

People have until March to suggest new emoji in the following release. 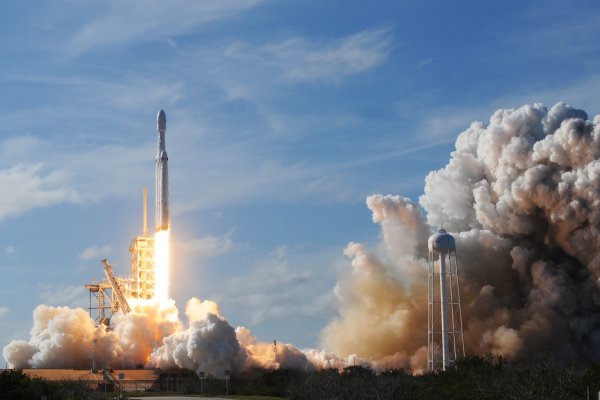 The Internet Proves It's Ready for Elon Musk's Car in Space With the Best Memes of the Universe
Next Up: Editor's Pick