Nearly eight years ago, then-Senate Minority Leader Mitch McConnell stood on the floor of his chamber and delivered an angry invective against what he saw as the Obama Administration’s rampant spending, something he described as a national catastrophe.

“The kind of spending and debt that Democrats are engaged in,” he said with gravitas, “is like nothing this country has ever seen. And it threatens not only the livelihoods of our children: it threatens our national security and the very safety net Democrats claim they want to protect.”

On Thursday evening, Congress steeled itself for the second government shutdown in less than three weeks, with Sen. Rand Paul of Kentucky taking to the Senate floor to delay a crucial vote on a government spending package hours ahead of the deadline.

Paul is arguably the Senate’s fiercest deficit hawk, and his point was simple: the party of austerity was no longer. The package in question would drastically raise tight spending caps imposed in 2013, hiking defense and non-defense spending by more than $300 billion over the next two years. And this is paltry compared to the $1.5 trillion cost of the G.O.P.’s tax reform bill, which they rammed through Congress in December.

Grumbling Republican staffers denounced Paul’s floor speech — which went on for nearly an hour and included numerous posters illustrating government waste — as little more than political theater. But it seems difficult to disagree with his conclusion: that the party of deficit hawks and small government only cares about the debt and the deficit when Democrats are in power.

The new spending deal is the result of bipartisan talks between McConnell, who is now the Senate’s Majority Leader, and his Democratic counterpart, Sen. Chuck Schumer, and the culmination of years of bitterness about the austerity policy passed in 2013 that culled government spending by tens of billions of dollars. Speaker of the House Paul Ryan has urged his members to vote for the bill.

On the one hand, it’s a feat of bipartisanship in a Congress defined by anything but: Republicans control both chambers and the White House for the first time in a decade, and Democrats have very much been relegated to their minority status on crucial legislative issues, like tax reform and immigration.

On the other, it marks an abandonment of long-stated principles from those Republicans who railed repeatedly against the climbing debt and deficit during the Obama years. Only a small bloc of fiscal conservatives, among them Paul, appeared willing to speak out against the caps deal on Thursday.

“Any person in the Milky Way who cares about fiscal responsibility has to be concerned about the deficit contribution of this bill,” Republican Sen. John Kennedy of Louisiana said. “And it does bother me. But there are a lot of good things in it — I feel like I have to choose between love and honor here, and I don’t know how I’m going to vote.”

But most rank-and-file members were evasive when approached about the caps deal’s impact on the debt and deficit, turning to boilerplate talking points to avoid the topic. “We’re trying to get the government going again,” Republican Sen. Lisa Murkowski of Alaska said. “We’re trying to start legislating.”

“I believe what we did with tax reform is going to grow our economy,” Republican Sen. Richard Burr of North Carolina said, when asked about the deal.

“That’s not true,” Republican Sen. John Cornyn of Texas said, when asked if the G.O.P. is no longer the party of austerity. “We’re the party that wants to see the budget balance and deficit addressed. But 70% of federal funding is on autopilot, and sometimes you have emergencies — disasters and things like rebuilding the military so they’re ready to fight the next war or keep the peace.”

However, Cornyn described the caps agreement, reached behind closed doors between only party leadership, as “a lousy way to do business.”

“You get this big, ugly caps deal which denies the rank and file members the opportunity for input and doesn’t have the kind of transparency that we’d like to see,” Cornyn said. “But this is the hand we’ve been dealt.”

Still, nothing was certain on Thursday afternoon, with less than 12 hours to go before the government shutdown deadline. Though the bill was expected to pass the Senate, its future was uncertain in the House. Democrats in the lower chamber seemed prepared to withhold their votes to strong-arm House Republican leadership into giving them a commitment on an immigration compromise — a strategy that evokes their Senate colleagues’ tactic that led to the last government shutdown. 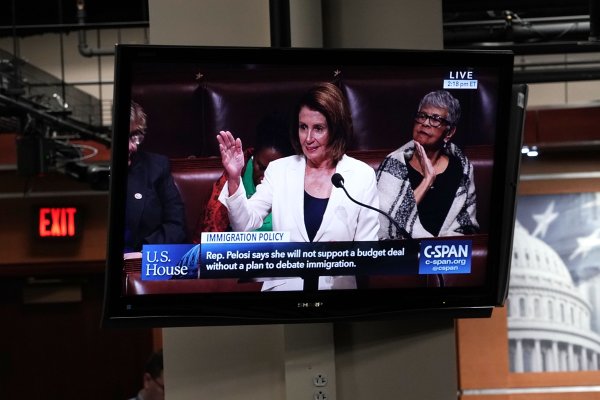