Salma Hayek said she felt “ashamed” for waiting to come forward with her allegations of sexual harassment against producer Harvey Weinstein.

During a taping of Oprah’s SuperSoul Conversations on Wednesday, Hayek told Oprah Winfrey that she was approached by the New York Times, which broke the first story about the allegations against Weinstein, to come forward with her story earlier. But she said the thought of making her claims public made her emotional.

“[The Times] contacted me to be a part of the first story and already by this contact, there was all this turmoil and I started crying when they asked and I ended up not doing it,” Hayek said, according to The Hollywood Reporter. “And then I felt ashamed that I was a coward. I was supporting women for two decades, and then I was a coward.”

Hayek eventually detailed her allegations in a Times op-ed published in December. In the piece, she said Weinstein repeatedly harassed her while she was working to produce the 2002 film Frida. A spokesperson for Weinstein denied her allegations, saying in a statement at the time: “All of the sexual allegations as portrayed by Salma are not accurate and others who witnessed the events have a different account of what transpired.”

The actor also told Winfrey that she had had similar experiences of sexual harassment earlier in her life, according to The Hollywood Reporter.

“[Weinstein] was not the first guy to do this to me. I was really smart around him. I handled it really well,” she said. “And maybe that’s why he didn’t rape me.” 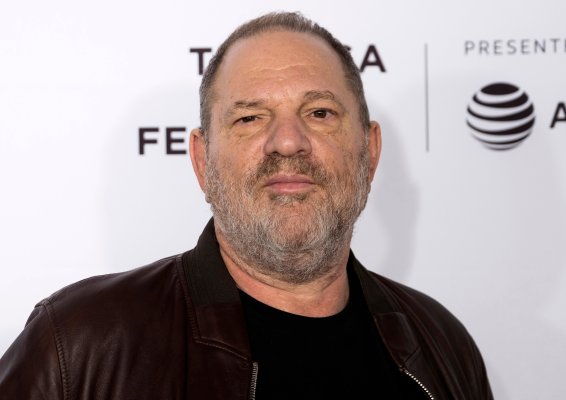 Harvey Weinstein Attacked at Arizona Restaurant
Next Up: Editor's Pick