American Snowboard Phenom Chloe Kim Is Already a Huge Star at the Winter Olympics. Her Next Goal? The School Prom

You couldn’t mistake the concern on Chloe Kim’s face. During a meeting with the media on Thursday in PyeongChang, South Korea, the 17-year-old American snowboarding phenom—who, if all goes according to plan, will win a Olympic halfpipe gold medal on the morning of Feb. 13, local time—was alarmed by the sheer number of cameras vying for her attention. South Korean reporters, in particular, kept pushing forward, with no particular concern for anyone in their path. The host country for the 2018 Winter Olympic Games has essentially adopted the teenage star as one of its own, since her parents were born in South Korea before immigrating to the U.S. The typically bubbly Kim grew momentarily uncomfortable. “It is very nerve-wracking,” she says, drawing a breath.

Given Kim’s age, it would be natural for the snowboarder to grow concerned about the enormous expectations facing her. She’ll be a marquee star of NBC’s Winter Olympics coverage—the network featured her in a Super Bowl ad. But those close to her aren’t worried. U.S. Snowboard team coach Rick Bower recalls a moment from the X-Games in Aspen, Co. in late January. Needing an elite performance to clinch the fourth gold of her career, Kim turned to Bower before dropping into the pipe for her final run. “I like this,” she told Bower. “I like the pressure.” Kim landed back-to-back 1080s (three full revolutions in the air) on her way to a win. “That’s the mind frame you need going into the Olympics,” says Bower. “She’s a pretty tough customer when it comes to her mental game.”

Kim has always had a level head, the rare teenager with the perspective to see missing the Olympics as a good thing. Four years ago, Kim qualified for the U.S. team in Sochi, but she was still two years shy of 15, the minimum age to compete. “Looking back on it, I’m really glad I couldn’t go,” Kim tells TIME. “I don’t know how my 13-year-old self would have dealt with it.”

The wait has only heightened anticipation for the PyeongChang Olympics, where fellow Americans Kelly Clark, who won Olympic halfpipe gold 16 years ago, Arielle Gold and Maddie Mastro are also contenders for the halfpipe podium. Few can match the precocious résumé of the exuberant Kim, a Southern California native: she is the youngest snowboarder to earn a gold medal at the X Games—in 2015, at age 15—and the first female athlete to land back-to-back 1080s in competition. “She rides with incredible style and goes huge,” says American snowboarding legend Jake Burton. “She’s at the pinnacle right now.”

Even Kim can’t believe how high she flies. “I will be in the air, and kind of realize how far off the ground I am,” says Kim. “I’ll look down at people on top of the halfpipe, and they’re tiny, then they’ll start falling back to reality. It’s pretty weird. I haven’t gotten used to it. It kind of boggles my mind every time.”

Kim was raised in Torrance, Calif., a sand-and-surf town just south of Los Angeles. But her parents were keen on family trips to the slopes, and Kim took up snowboarding at age 4. “My dad was trying to drag my mom into coming with him,” she says. “I was kind of the bait.”

Kim really took to snowboarding when she was 8, and her parents sent her to live with an aunt in Geneva for two years. “I realized how cool the mountains were, how the clouds are always beneath us,” she says. Kim won a junior competition in Switzerland and never looked back. She has medaled in all six of her X Games starts, including four golds, all while juggling online classes for high school.”I get a little jealous of girls going to prom and homecoming sometimes,” Kim says. “That looks really fun. Maybe I will go to prom.”

In PyeongChang, Kim has two countries rooting for her. The South Korean cheering section will be led by relatives, including her grandmother in Seoul, who brings local newspaper clips featuring Kim to tea parties. On a trip to the water park with teammates Wednesday, Kim acted as translator. “My parents taught me Korean,” says Kim. “I hated learning it at first. I was like, ‘Ugh, really, why do I have to do this, I live in America?’ But it’s been so useful. I can talk to my family here now.” Olympic volunteers recognize her. When she arrived at the airport in Seoul earlier in the week for this year’s Olympics, officials took Kim through a different exit to avoid press mob awaiting her. “I was really confused, because that never happens to me in America,” she says.

Though Kim hasn’t grown accustomed to the crowds in PyeongChang, she’s not running from them one bit, embracing the rare opportunity to make her Winter Olympics debut in her family’s ancestral home. “The Koreans, if they don’t have anyone to cheer for in snowboarding, I want them to cheer for me,” says Kim. “Because you know what? I’ll do it for both.” 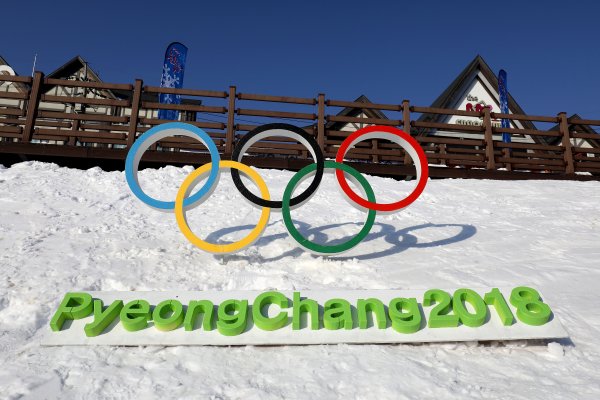 Climate Change Could Stop These 13 Cities From Hosting the Winter Olympics Again
Next Up: Editor's Pick