While veterans often put their lives on the line to serve their country and their fellow citizens while in service, it doesn’t mean that they don’t face challenges when they return to civilian life.

Readjusting to society and being able to find the proper medical support and employment can prove to be a struggle for many veterans after leaving the service, leading to everyday struggles, including homelessness. In fact, homelessness for veterans is a problem that’s uncomfortably commonplace in the U.S.; according to the National Coalition for Homeless Veterans, 11% of the adult homeless population is made up of vets in the country.

One organization is aiming to end veteran homelessness, however, one tiny house at a time; the Veterans Community Project in Kansas City, MO. has started by building a “Veterans Village” of tiny houses for homeless vets in an empty lot in their city. The organization, which was founded by three veterans, has already completed 13 houses and plans to complete 37 additional units on the property before the year’s end.

In an interview with KSHB, co-founder Chris Stout said that he hopes that this Veterans Village will be just the start of the work that the Veterans Community Project will be doing to help those who have returned from service and are struggling.

“I think everybody is going to prosper there and they’re going to thrive,” he said. “I want to be able to see it and be there for them. Let them know this is just the beginning of a ton of great things.”

See the progress that Veterans Community Project is making above. 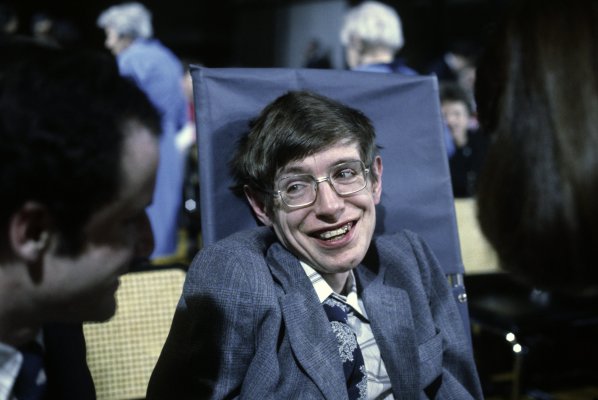 People Think It's an Interesting Coincidence That Stephen Hawking Died on Pi Day
Next Up: Editor's Pick