Meet the Two Senators Crossing the Aisle With Prayer

An annual ritual of bipartisan good feelings, the National Prayer Breakfast arrives at an odd time in the nation’s capital this week.

Just days after calling for unity in his first State of the Union address, President Donald Trump attacked Democratic lawmakers for not clapping vigorously enough, calling them “treasonous” in a line aides attempted to explain away as a joke. Meantime, senators from both parties are suddenly working together on bipartisan deals on spending and immigration.

The incoming co-chairs of next year’s prayer breakfast, Democratic Sen. Chris Coons of Delaware and Republican Sen. James Lankford of Oklahoma, sat down with TIME to discuss their attempts to bridge the partisan divide. (Coons previously co-chaired the event with Republican Sen. John Boozman of Arkansas in 2017.)

One thing both agreed on: Failing to applaud the president is not treason.

Not only is it not treasonous, adds Coons, it is exercising a First Amendment right. “Failing to leap up and applaud at his command is the sort of thing that is punishable in North Korea,” he says. “For him to even casually joke about that being treasonous I think is really irresponsible.”

Every first Thursday of February, every president since Eisenhower has met with members of Congress and some 3,000 guests to pray over breakfast at the Washington Hilton. At his first National Prayer Breakfast last year, Trump joked that the audience should pray for the ratings of “The Apprentice” and vowed to repeal the Johnson Amendment, an IRS regulation that prevents charitable organizations like churches from political advocacy.

Coons and Lankford, who will be officially named co-chairs on Thursday, have been leading the weekly Wednesday morning Senate Prayer Breakfast for the current 115th Congress. Most Wednesday mornings at 8:30 a.m., a group of senators gathers to pray in a yellow room near the Capitol’s carriage house entrance. Democrats such as Coons and Tim Kaine of Virginia, and Republicans Lankford, Tom Cotton of Arkansas, Johnny Isakson of Georgia, Deb Fischer of Nebraska, and Ted Cruz of Texas attend when they can. Sometimes as many as two dozen senators show up, a quarter of the Senate. Participation is private, but Lankford and Coons say about the same number of Democrats attend as Republicans.

For an hour, the lawmakers pray, sign a hymn and talk about their concerns, such as ill or struggling family members. They rotate who shares a personal testimony. Sometimes former senators join. Policy is almost never discussed.

“A general exhortation to respect each other, trust each other, be more patient with each other is about as policy oriented as I think we get,” Coons says.

The gathering started during World War II. The National Prayer Breakfast, with which it is loosely affiliated, encourages prayer groups to meet in halls of power around the world, and is largely influenced by evangelicals.

The Senate prayer group is one of the few places where a bipartisan group of lawmakers actually interacts in person on a regular basis. “Getting behind to say, tell me about your family, tell me about your own personal faith journey, how did you grow up, the context the worldview that you really see things through, makes an enormous difference,” says Lankford.

“Listening to James talk about his upbringing, his family, his life I realized we had a lot more in common in our childhood and in our relationships and in our families and in our fathers than I ever would have imagined,” Coons says.

Still, praying together does not always lead to legislating together.

Lankford and Coons have different positions on immigration. Lankford supports Trump’s plan, which calls for $25 billion for a border wall, limits family member sponsorships and allows a path to citizenship for 1.8 million immigrants if they are eligible for the Deferred Action for Childhood Arrivals program. Coons has introduced a different plan with Republican Sen. John McCain of Arizona which offers a path to citizenship for Dreamers but does not include funding for a border wall, which the White House has already rejected.

Even though they admit prayer gatherings do not yield actual policy progress, Coons and Lankford say that is not the goal. “One of the things we struggle with the most with in this body is trust. There’s not many people you can trust,” Lankford says.

Adds Coons: “It means I have somebody in this incredibly divided, shallow, partisan place who I actually care about and I think cares about me.”

The two senators say their friendship through their prayer circle has helped them to better listen to policies they do not support. Coons says he has appreciated how Lankford has brought in Customs and Border Patrol experts to walk colleagues through how they would actually spend $25 billion if it were appropriated. Coons rejects Trump’s original border wall proposal, but says he recognizes there should be more investment in border security.

“Most Democrats have rejected [Trump’s original wall] out of hand as wasteful,” he says. “To move it forward, James put on the table a detailed, factual analysis of, here’s what the professionals would actually build.”

Lankford argues that Trump has shifted on immigration, dropping priorities like banning sanctuary cities and adding a path to citizenship for immigrants who are DACA eligible. “There seems to be a sense that the White House is not negotiating on this, but they have moved significantly,” he says.

Going forward, Lankford and Coons hope their efforts help change the tone of the Senate. “We spend way to much time raising money, chasing media, being in our own caucuses rather than being in a common space,” Coons says. “On a lot of issues and immigration is just one of them we are not operating from a shared set of factual assumptions, and that is a big institutional challenge.”

Coons and Lankford have been inviting more senators to participate, and they hope their group grows in size over the next year.

Asked to name the most unifying figure currently is in their own party, Coons said Sen. Tim Kaine of Virginia. Lankford said Sen. Tim Scott of South Carolina. Both praised Sen. Johnny Isakson of Georgia as a unifier on the Republican side. “Everybody trusts him,” Lankford said. Added Coons: “His word is actual gold.” 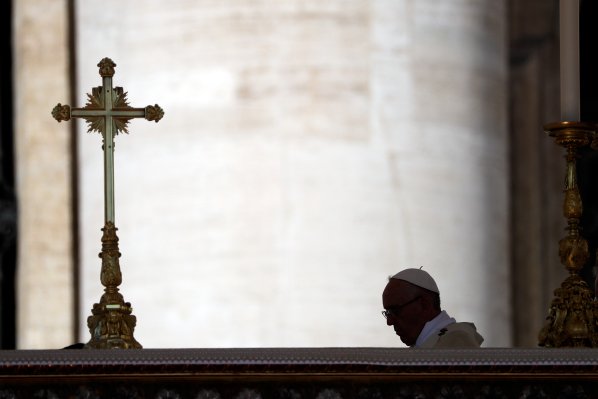