Prepare for an epic face-off between Ryan Reynolds’s smart-mouthed anti-superhero Deadpool and Josh Brolin’s mysterious, futuristic villain Cable in the new Deadpool movie, according to a new trailer dropped by 20th Century Fox on Wednesday.

With characteristic wit, Reynolds-as-Wade-Wilson narrates the trailer, breaking the fourth wall repeatedly to explain what’s going on onscreen. (Hint: it involves a lot of action sequences and a lego reenactment of a fight, killing time while the special effects department makes their magic happen.) And when Cable delivers a menacing sendoff line to Deadpool? “Well. That’s just lazy writing,” Deadpool yawns, gun drawn. Sounds like we’ll have plenty of Deadpool’s signature jokes in store for us when the movie finally comes out.

The hotly-anticipated followup to Reynolds’s 2016 smash box office success is due in theaters May 18. It still does not have an official title, but there’s officially going to be a teddy bear. 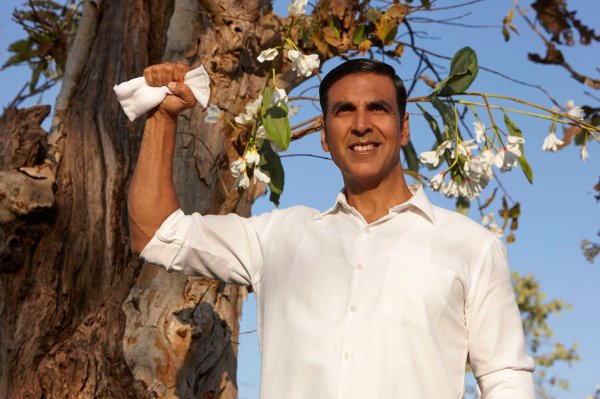