Standup stalwart John Pinette, famous for his cameo in the Seinfeld finale, and beloved by fellow comedians, was found dead in a hotel room on Pittsburgh Saturday night. He was 50 years old.

While there has been no official cause of death released, his manager Larry Schapiro told Hollywood Reporter that Pinette died of a pulmonary embolism.

The Boston native was renowned for his self-deprecating style of standup and was in the middle of a U.S.-Canada tour when he passed away.

Social media outlets were abuzz with messages honoring the comedian after the news of Pinette’s death broke, many from fellow comics. 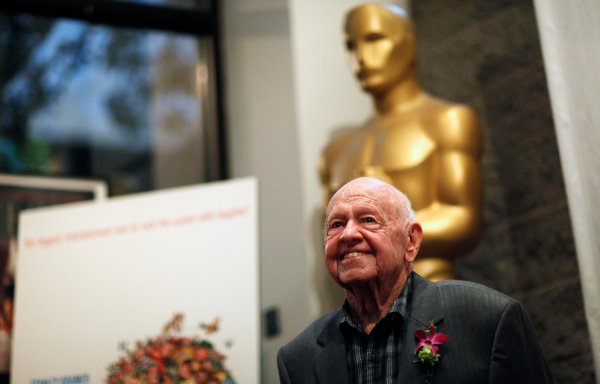 Mickey Rooney Dead at 93
Next Up: Editor's Pick