Models who walk the runway in shows at this season’s New York Fashion Week will be given private changing areas backstage for the first time ever.

In the wake of concerns surrounding the treatment of models, the Council of Fashion Designers of America (CFDA) announced on Tuesday that it has partnered with advocacy group the Model Alliance to create the safe spaces.

“Models have raised concerns about invasive photography and lack of privacy while changing clothes backstage at New York Fashion Week,” Model Alliance founder Sara Ziff said in a statement, according to The Cut. “The Model Alliance takes these concerns seriously and we decided to take additional steps this season to ensure a safe and respectful work environment by providing private changing areas backstage.”

The fashion world has come under fire recently for the alleged culture of sexual misconduct in the industry, with several male models accusing famed photographers Bruce Weber and Mario Testino of unwanted advances and coercion in a New York Times article that was published on Jan. 13. 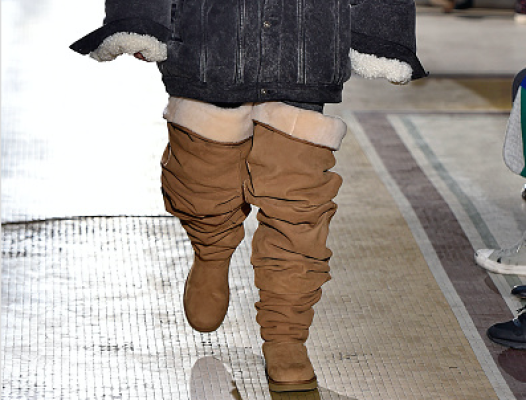 The Internet Is Coming to Terms With Thigh-High Ugg Boots
Next Up: Editor's Pick