In a New York Times story published on Feb. 3, Uma Thurman alleged that director Quentin Tarantino persuaded her to perform a dangerous car stunt on the set of Kill Bill, which resulted in an accident that seriously injured her. Soon after the story ran, Tarantino addressed Thurman’s claims in an interview with Deadline, calling the incident “one of the biggest regrets of my life.” But Tarantino is now facing criticism for comments he made during a 2003 interview with Howard Stern, which resurfaced on Monday night.

While on the show, Tarantino was discussing the case of Roman Polanski, who pleaded guilty in 1977 to unlawful sex with the then 13-year-old Samantha Geimer. The Hollywood Reporter quotes Tarantino as telling Stern’s co-host, Robin Quivers, that the young actor, a minor, “wanted to have it.”

“He didn’t rape a 13-year-old. It was statutory rape…he had sex with a minor,” Tarantino said. “That’s not rape. To me, when you use the word rape, you’re talking about violent, throwing them down — it’s like one of the most violent crimes in the world. You can’t throw the word rape around. It’s like throwing the word ‘racist’ around. It doesn’t apply to everything people use it for.”

Tarantino doubled down on his defense of Polanski when further questioned by Stern and co-host Robin Quivers.

Audio of the interview was pulled from YouTube on Tuesday due to a copyright claim by Sirius XM, according to Variety, but the relevant portion is available here.

In an interview with the New York Daily News on Tuesday afternoon, Geimer said Tarantino “was wrong” to categotize statutory rape as consensual, adding, “I bet he knows it.” She said she is a fan of the director’s and, although she hopes Tarantino realizes he was wrong, she isn’t fazed by other people’s take on the story. “It’s not a big deal to me what people think,” she continued. “It doesn’t make a difference in my life. I know what happened. I do not need other people weighing in on what it’s like getting raped at 13.” 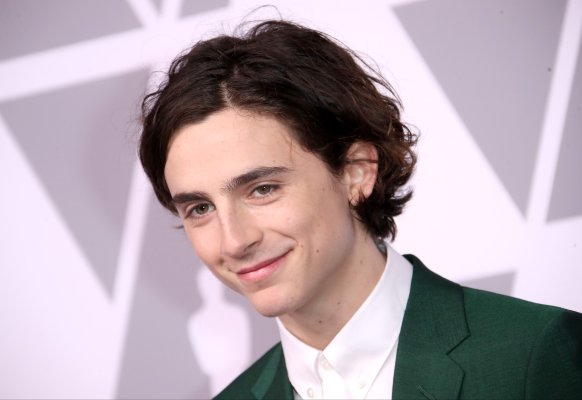 Timothée Chalamet Was So Excited to Talk to Frank Ocean
Next Up: Editor's Pick