Abraham Lincoln Was Our Tallest President Ever. This May Be Why

Abraham Lincoln, who would have celebrated his 209th birthday on Feb. 12, left behind an impressive legacy during his time in office — but many Americans still associate the 16th president, first and foremost, with his towering height. Standing 6’4″, Lincoln is, to this day, the tallest president ever, edging out Lyndon Johnson by a full inch.

Height wasn’t Lincoln’s only distinguishing physical characteristic. While he was in office, a journalist described the president’s “long pendulous arms” and “hands of extraordinary dimensions…far exceeded in proportion by his feet,” according to the book Abraham Lincoln’s DNA. These unique descriptors have led doctors to wonder if Lincoln perhaps had Marfan syndrome, a relatively rare genetic condition that was first identified decades after the politician’s death.

Here’s what to know about Marfan syndrome, and the debate about whether or not Lincoln may have had it.

What is Marfan syndrome?

Marfan syndrome is a genetic disorder that affects the body’s connective tissue, which acts as a “glue” between cells, according to the National Institutes of Health (NIH). The disease is usually passed down through generations, and children who have one parent with the disease have a 50% chance of getting it, according to the NIH. There is no cure for Marfan syndrome, though if its individual symptoms are treated and managed well, those who have it can expect to live a normal lifespan, according to the Marfan Foundation.

What are the symptoms of Marfan syndrome?

Most people with Marfan syndrome are tall, lanky and loose-jointed, according to the NIH. But since connective tissue is found all over the body, the condition can lead to many different symptoms, and not every sufferer will develop every one. Common signs include long limbs and phalanges; a long, thin face; heart murmurs, enlarged aorta and other cardiovascular issues; vision problems; and stomach and leg pain, the NIH says.

Why do people think Lincoln had Marfan syndrome?

An Ohio physician first suggested in 1962 that Lincoln may have had Marfan syndrome, noting that the former president’s mother was also exceptionally tall and lanky, according to Clinical Correlations. Two years later, a California doctor treated a young Marfan syndrome patient whose ancestry could be traced back to Lincoln, adding fuel to the theory. Since then, doctors and scientists have gone back and forth. While Lincoln did have some physical characteristics associated with Marfan syndrome, some experts have pointed out that he lacked certain hallmark symptoms, including a heart murmur and vision problems, Clinical Correlations notes. In 2009, the University of North Carolina’s Dr. John Sotos suggested that Lincoln may, in fact, have suffered from a related but distinct genetic disorder that eventually causes cancer.

Will we ever know for sure?

Maybe. There have been on-and-off efforts to test Lincoln’s DNA over the years, and in 2009, Sotos tested a bloodstained dress worn by one of the actresses in the play Lincoln attended on the night of his assassination. The results pointed to MEN 2B, the genetic disorder Sotos suggested Lincoln may have had, but were not conclusive enough to say for sure. Potentially, future genetic testing could offer new insights about Lincoln’s health. 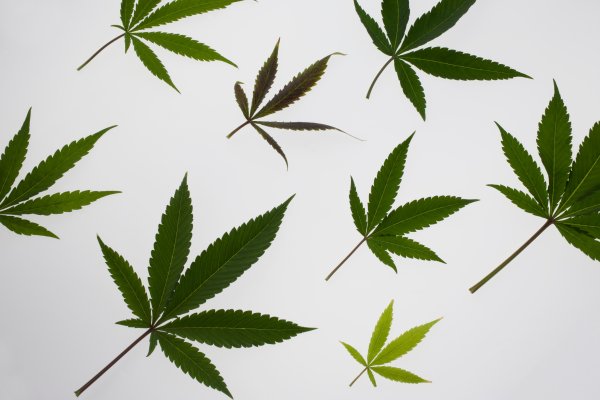