This week it came to light that Pope Francis received an eight-page letter from a Chilean man in 2015 that detailed how a priest sexually abused him, and how other priests ignored and concealed the crime, including then-Father Juan Barros, a man Francis had just months earlier appointed to be the bishop of Osorno, Chile.

This revelation comes weeks after Pope Francis called accusations against Bishop Barros “calumny” and said he had received no credible evidence that Barros had covered up abuse. Francis eventually walked back his claims of calumny and sent a Vatican special prosecutor to Chile to investigate the claims of coverup. But the fact that Francis received the letter by hand by from Boston Cardinal Sean O’Malley, one of the Church’s top-ranking officials, and either did not read the letter or did not act on it, is a stunning development that represents the biggest crisis of Francis’s nearly five year papacy.

Francis’s surprise March 2013 election as the universal leader of the Catholic Church came on the heels of a four-minute speech he gave at the conclave where he derided Church’s self-obsession. In what many have described as Francis’s Gettysburg Address, the future pope said that “when the Church is self-referential, inadvertently, she believes she has her own light.” Francis called this oversized self-importance that “worst evil” which could befall the Church.

His election was seen as a rebuke of that self-referentialism and he was expected to operate an agenda of reform. In countless ways, he has furthered that agenda. The Catholic Church of 2018 looks very different from the one he inherited nearly five years ago. From everything from the new focus on the environment and the poor to an emphasis on simplicity and sobriety among the clergy, Francis has reformed nearly every corner of the Catholic Church in his image.

But all that is for naught if Francis doesn’t finally address the sexual abuse scandal head-on. I’ve been one of the Pope’s biggest cheerleaders in American and global media the past five years, but I can say with conviction that if Francis doesn’t transform his focus and practice on ending the systematic cover-up of sexual abuse in the Catholic Church, his papacy will be a tragic failure. Sadly, his record on this issue is worse than his immediate predecessor, Pope Benedict XVI, who despite his many shortcomings on the issue, was the first pope to take the cover-up scandal seriously.

Pope Francis’s legacy is at stake, but more importantly, the viability of the Catholic Church itself and its gospel mission is as at stake. To put it simply, a Church that systematically covers up the abuse of children by its ministers is a Church without a future. It was that way in 2002 when this scandal first exploded. It’s even more so the case in 2018, when the Church’s popular reformist pope has failed to accurately assess the gravity and effectively address this issue.

In his letter to the pope, Juan Carlos Cruz wrote, “Holy Father, I write you this letter because I’m tired of fighting, of crying and suffering.” In the Gospel, Jesus tells us God’s worst punishment is reserved for those who would harm children. In the Catholic tradition, the Pope is the Vicar of Jesus Christ. In other words, he acts and ministers in his name. If that’s the case, then Francis must end this scandal now. He must apologize to the victims. He must investigate the claims. And he must transform the Church. 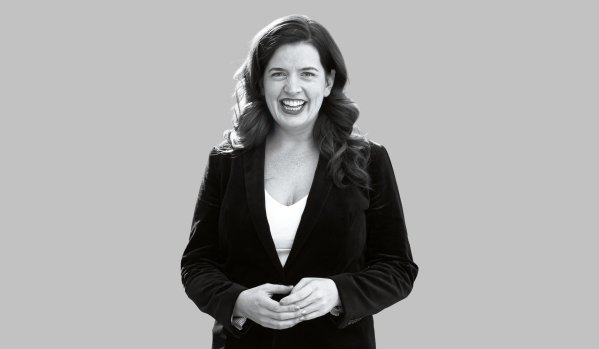 Kate Bowler Talks About Her Cancer Diagnosis and Her Faith
Next Up: Editor's Pick