How Loud Noise Exposure Is Linked to Heart Disease

If you live near an airport, railroad tracks or a busy road, you might be concerned about how fumes from those planes, trains and automobiles are affecting your health. But according to a new review in the Journal of the American College of Cardiology, there may be another threat to worry about: high levels of noise that may be bad for your heart.

A connection between noise pollution and cardiovascular disease has been observed in numerous studies over the years, the authors of the new review said. High decibel levels from road traffic and airplanes, for example, has been linked to high blood pressure, coronary artery disease, stroke and heart failure — even after controlling for other factors like air pollution and socioeconomic status.

But despite this growing body of evidence, not much is known about how, exactly, noise pollution might contribute to heart problems. In an attempt to shed some light on that question, researchers from Johannes Gutenberg University in Germany compiled and analyzed findings from dozens of previous studies on noise and various health outcomes.

Based on the existing evidence, the new review suggests that noise disrupts the body on the cellular level. Specifically, researchers say, it induces stress responses and activates the sympathetic “fight or flight” nervous system. This causes a spike in stress hormones, which can eventually lead to vascular damage.

Noise also seems to be a driving factor in oxidative stress and metabolic abnormalities, the authors say, which could contribute to other chorionic diseases like diabetes. And for people who already have risk factors for cardiovascular disease, living in a noisy environment could accelerate issues like atherosclerosis.

“The important point is that noise is not just annoying,” lead author Dr. Thomas Munzel, director of the department of internal medicine, said in an email. While his paper focuses largely on cardiovascular and metabolic implications of noise, he also points out that there’s growing evidence that chronic noise can also cause mental-health diseases (including depression and anxiety), and can impair the cognitive development of children.

One way noise pollution likely affects heart health is by disrupting sleep. In studies, nighttime noise has been linked to an increase in blood pressure — even if people didn’t wake up or realize their sleep had been disrupted. “One can close his eyes but not his ears,” Munzel said. “Our body will always react with a stress reaction.”

But even chronic noise during the day can likely have major effects on the body, said Dr. James O’Keefe, a cardiologist at the Mid America Heart Institute, Saint Luke’s Hospital, in Kansas City. “When we’re exposed to loud noises, the sympathetic nervous system dominates,” said O’Keefe, who was not involved in the new review. “That can really put your system on alert and makes you jumpy, which can wear down your resilience — just like any other type of physical or mental stress.”

O’Keefe said that, as a cardiologist who focuses on prevention, he’s read a lot about the connection between noise pollution and heart health. “But I don’t really think it’s something the average physician or cardiologist is particularly tuned into,” he said.

Munzel said people in urban areas all over the world should worry about noise pollution, and that the problem is getting worse as more and more people are living in large cities. “It is important to note that no one can develop tolerance to noise,” he said. In fact, people’s cardiovascular systems actually seem to become more sensitive to noise — and more easily damaged — over time.

And while there’s no volume threshold established for heart-disease risk, Munzel said that chronic exposure to anything over 60 decibels (the level of a typical conversation in an office) has the potential to do harm to the cardiovascular system. A telephone ring produces about 80 decibels, a jackhammer about 100, and an airplane on takeoff about 120.

There’s some good news in the report, too: Strategies like traffic management and regulation, the development of low-noise tires for automobiles, and air traffic curfews have helped reduce hazardous noise in certain areas and at certain times, the authors wrote. But other strategies are still needed, Munzel said.

“I hope that in future politicians will make laws that protect the people from environmental stressors,” he said. A reduction in overall noise pollution, he said, “will be a factor that can be influenced by politicians only and not by patients and doctors.”

In the meantime, Munzel said, using earplugs may help some people who must sleep or spend time in noisy environments. Some reports have also suggested that autogenic training — a type of relaxation therapy —may help reduce noise’s harmful effects.

Munzel’s team will continue to study the effects of noise pollution on vascular damage, inflammation, and oxidative stress, including whether average or mean decibel levels are more important indicators of health risks. They also plan to conduct experiments on the combined vascular effects of fine particulate matter (like automobile exhaust) and noise. This is particularly interesting, he says, since early data suggests that both forms of pollution cause dysfunction by activating the same damaging enzymes in the body.

O’Keefe acknowledge that avoiding loud noises isn’t always possible. “But I think it’s important to be conscious about seeking out respites from noise, and keeping that in mind as you’re looking for an apartment or going on vacation, for example,” he said.

He also recommended using white-noise machines to mask environmental noises at night, and wearing noise-cancelling headphones in loud environments. “I’ve started wearing them on long flights,” he said, “and I find the experience so much less stressful.” 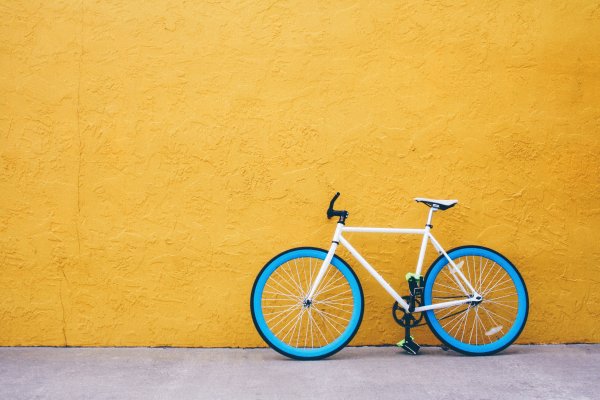 Being Outdoors May Change the Way Your Brain Works, Study Says
Next Up: Editor's Pick