No, President Trump Did Not Tweet About the 'Dow Joans'

As the saying goes, there’s always a tweet. But in this case, there’s not.

A tweet that appeared to show Donald Trump arguing the president should be shot out of a cannon into the sun if the “Dow Joans” drops precipitously is not real, but that didn’t stop users from sharing it tens of thousands of times. (One tipoff: It’s actually the “Dow Jones.”)

Shaun Usher, founder of a British website called Letters of Note, shared the fake tweet as a joke Monday when the stock market dropped dramatically.

The fake tweet had all the hallmarks of a veritable internet phenomenon over the past year: an old tweet from Trump’s account that resurfaces awkwardly when it appears to comment on current events. It helped that Usher is known for publicizing old correspondence on his site.

For his part, Usher was remorseful for spreading a fake tweet, although he did not delete it. 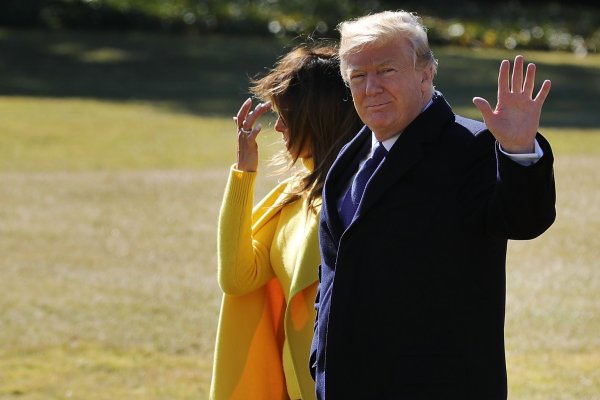 Trump Calls Democrats 'Treasonous' for Not Clapping
Next Up: Editor's Pick