Bothered By Noisy Eating? It May Affect Your Ability to Learn

If you’re bothered by the sounds of other people chewing, your pet peeve may wreck more than mealtime.

In a new study published in the journal Applied Cognitive Psychology, researchers set out to determine how misophonia — extreme sensitivity to the sound of people chewing, coughing or eating — affects learning. They found that people who said they were sensitive to these sounds had a harder time mastering and retaining information when they could hear a person chewing gum, suggesting that misophonia has an impact on academic performance.

“Some people are especially sensitive to relatively subtle specific background sounds like chewing, and this sensitivity can be distracting enough to impair learning,” wrote study co-author Logan Fiorella, an assistant professor of applied cognition and development at the University of Georgia, in an email to TIME. Fiorella co-authored the study with Amanda Seaborne, who at the time was an undergraduate researcher in the University of California Santa Barbara’s department of psychological and brain sciences.

In the study, 72 college undergraduates were given six minutes to study information about migraines, after which they were tested on the material. Everyone was randomly sorted into one of two groups: the first group studied in silence, while in the second group, a decoy student planted by the researchers audibly chewed gum. All of the students took the comprehension test in silence, then answered questions about their own sensitivity to misophonia.

Both groups performed about equally as well on the tests — but when the researchers looked only at students who said they were bothered by trigger sounds, a clear pattern emerged. Sound-sensitive students who were in the gum-chewing group did slightly worse on the quiz than those who weren’t affected by misophonia, while sensitive students in the quiet group performed slightly better.

MORE: Does the Sound of Noisy Eating Drive You Mad? Here’s Why

The researchers didn’t look at whether hearing distracting sounds during the testing phase affected performance, but other research suggests they make a bigger difference during the learning period, Fiorella says. He also notes that none of the students in the study, even those who said they were annoyed by eating noises, had clinically severe misophonia, which can be quite disruptive to those who suffer from it and may require specific misophonia treatments, such as cognitive behavioral therapy.

“It may be especially important for students with higher levels of misophonia sensitivity to avoid studying in places where there are a lot of ‘trigger’ sounds, such as other people chewing, coughing, clicking pens, or rustling papers,” Fiorella says. “When that’s unavoidable, some strategies suggested by other researchers include using earplugs, focusing on one’s own sounds, or using positive internal dialogue.” 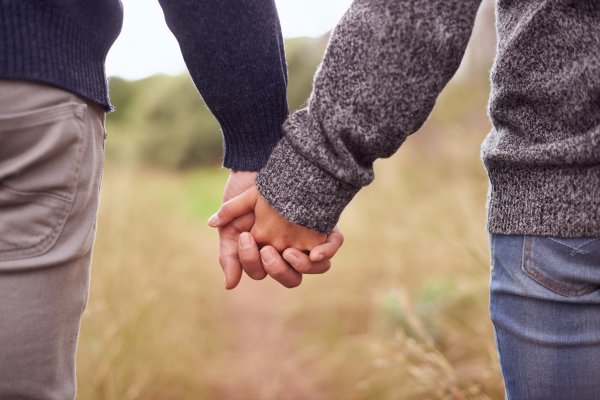 5 Ways Love Is Good for Your Health
Next Up: Editor's Pick