Fetal Alcohol Disorder May Be More Common Than Previously Thought

In a new JAMA study of more than 6,000 first-graders, researchers estimate that between 1.1% and 9.8% of American children have developmental or neurological problems caused by fetal alcohol spectrum disorders (FASDs)—a significantly higher number than previous studies have reported. And out of the hundreds of children determined in the study to have FASD, only two had been previously diagnosed.

The estimate comes from school-based assessments, family interviews and in-person evaluations of 6- and 7-year-olds in four communities across the country: one in the Midwest, one in the Rocky Mountains, one in the Southeast and one in the Pacific Southwest. Previous studies, which have estimated the rate of FASD to affect just 1% of children, involved smaller groups of people from single communities or from people in doctors’ offices, say the authors of the new study.

FASD is an umbrella term for health abnormalities caused by exposure to alcohol in the womb; it includes fetal alcohol syndrome, partial fetal alcohol syndrome and alcohol-related neurodevelopmental disorder. FASDs are a leading cause of developmental disabilities around the world, and people with these conditions can experience growth deficiencies, facial abnormalities and organ damage. They often have physical, cognitive and social challenges throughout life, and have an increased risk of premature death.

Before the current study began, researchers established standardized classification criteria for FASD based on facial features, growth, and neurodevelopmental performance. Using that criteria, they then screened a random sampling of first-graders in public and private schools in the four chosen regions, and interviewed the children’s mothers and other close relatives.

Based on their findings, the authors determined that FASD affected between 11 and 50 out of every 1,000 children they examined. That translates to between 1.1 and 5%, which they say is a conservative estimate: It assumes that no additional FASD cases would be found in children in those communities that hadn’t participated in the study.

When the researchers used a statistical technique assuming that the rate of FASD in children who were evaluated would be the same in all first-graders in those communities (more than 13,000 children total), the estimated FASD rate was even higher—ranging from 3.1% in the Southeastern group to 9.8% in the Rocky Mountain group.

MORE: Motherhood Is Hard to Get Wrong. So Why Do So Many Moms Feel So Bad About Themselves?

The study provided additional evidence to suggest that FASD is currently underdiagnosed and underreported, as well: Of the 222 children whom researchers determined had FASD during the study, only two had been previously diagnosed. Many of these children’s parents and guardians were, however, aware of their learning and behavior challenges.

In their paper, the authors write that their prevalence estimates “are consistent with mounting evidence that harmful fetal alcohol exposure is common in the United States today.” To give the numbers some context, they note that autism—another common developmental disorder—is estimated to affect about 1.5% of children, which is comparable to the lower end of their FASD estimate.

The authors also cite a documented increase in alcohol use among women between 2001 and 2013, as well as a 2017 study in which 10% of pregnant women reported drinking alcohol (and 3% reported binge drinking) in the last 30 days.

The study was funded by the National Institutes of Alcohol Abuse and Alcoholism, and the classification criteria was created by the Collaboration on Fetal Alcohol Spectrum Disorders Prevalence consortium, which studies FASD rates among U.S. school children. The study was co-authored by researchers from the University of California San Diego School of Medicine and the University of North Carolina.

It’s possible that the study’s estimates for alcohol-related neurodevelopmental problems were overestimated, the authors say, since there is no definitive biomarker for fetal alcohol exposure and no sure way to know that the developmental delays observed in the children were caused by their mothers’ drinking while pregnant.

And because the children in the study were from four specific geographic regions, the findings may not be generalizable to all communities in the United States. But the regions were chosen to make this study more nationally representative than previous ones, the authors say, and they believe their findings are likely to be more accurate, as well.

In an adjoining editorial, researchers from the University of Toronto write that the study’s conclusion—that FASD “is not a rare condition among the general U.S. population”—has substantial implications for both doctors and researchers. It not only suggests that many cases are missed or misdiagnosed, they say, but that additional support should be made available for those affected. More research and improved prevention programs are also needed, they add. 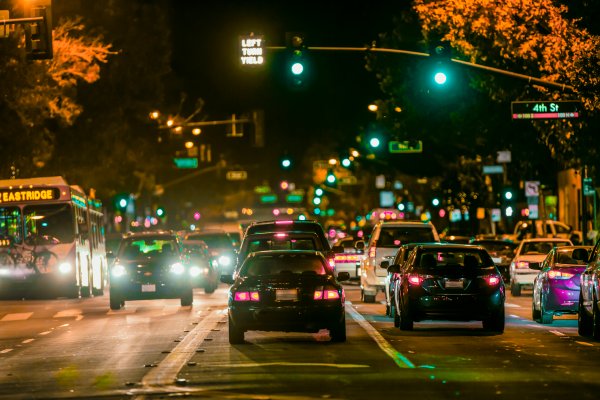 A Noisy Environment May Put Your Heart at Risk
Next Up: Editor's Pick