John Mahoney, the Actor Who Played Dad on Frasier, Has Died Aged 77

The actor passed away on Sunday in Chicago, Illinois, his manager confirmed to PEOPLE. He was 77.

Born in Blackpool, England, in 1940, Mahoney became best known for his role as Martin Crane in NBC’s Frasier, though he didn’t kick-start his acting career until later on in life. As a child, Mahoney — who was one of eight children from a Irish-Catholic family — witnessed the struggles of war firsthand as it quickly tore apart his parents’ marriage.

The British native attended St. Joseph’s College in Blackpool but was determined to immigrate to the United States. At 19, he moved to the America with the help of his older sister, Vera, a war bride living in Illinois.

As Mahoney acclimated himself with life Stateside, he began studying at Quincy University in Illinois. Shortly after, he spent three years in the United States Army and received his citizenship in 1959.

“It was so bleak and dark in England — those gray and foggy postwar years,” he previously told the Chicago Tribune. “[The United States], it was so sunny. The people smiled.”

After graduating from Quincy with a Bachelor’s degree, he began working on his Master’s degree while teaching English at Western Illinois University and working as a hospital orderly. Shortly after, Mahoney made the move to Chicago and began editing a medical journal.

However, according to the Tribune, Mahoney wasn’t completed satisfied with his life. He spent most of his time “at home, smoking and drinking a few beers.”

“There was this deep-seated frustration,” he said. “I knew that the only place I had ever been really happy was on stage.”

“The theater is my brothers, my sisters, my father, my mother, my wife,” he explained. “It is everything to me.”

In 1986, Mahoney won Broadway’s Tony Award for best featured actor in a play for his performance in John Guare’s The House of Blue Leaves.

Before finding success in television, Mahoney made his film debut in Tin Men and Moonstruck.

In 1993, the actor accepted the role of Martin Crane in NBC’s sitcom Frasier. Throughout his run with the show, Mahoney received two Emmy nominations and two Golden Globe nominations for this role. He remained a regular until Frasier‘s end in 2004.

Mahoney had a prolific career as a voice actor, featuring in several animated films including Antz, Atlantis: The Lost Empire and The Iron Giant.

Eventually, Mahoney took his skill back to the stage starring in the Broadway revival of the play Prelude to a Kiss, Better Late and The Outgoing Tide at the Northlight Theatre in Illinois.

Throughout his life, Mahoney traveled to and from Los Angles and New York for various work projects but remained loyal to his home in Oak Park, Illinois.

“It is quiet here,” he said. “I get bored out of my mind in L.A. It’s such an industry town. Here I have old friends who aren’t in the business. I can walk to all sorts of good places where the waiters and waitresses don’t want me to read their screenplays.”

Mahoney was never married and did not have any children.

This article first appeared on PEOPLE.com. 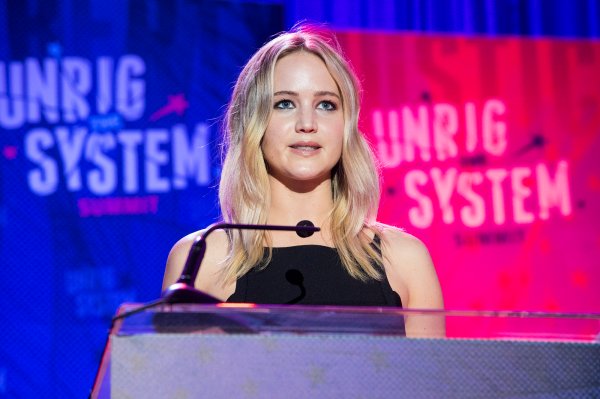 Jennifer Lawrence Leads a Philadelphia Eagles Chant On an Airplane for the Super Bowl
Next Up: Editor's Pick