This Is Every Country's Favorite Winter Olympics Sport

Hockey may seem like the marquee cold weather sport in the U.S. and Canada, but its far from the world’s favorite game when it comes to the Winter Olympics.

The sport looks like it has global dominance on a map due to the immense size of Russia as well as preference in two large Scandinavian countries, Finland and Sweden. But outside of a few more Eastern European countries, hockey pales in comparison to Olympic sports like curling and bobsledding, according to viewing data over the past 12 months compiled by YouTube ahead of the 2018 Winter Olympics in PyeongChang, South Korea.

Curling, for example, is dominant throughout much of Africa as well as parts of the Middle East and Southeast Asia, like India. Bobsledding on the other hand enjoys the most popularity in a majority of South America, as well as Mexico and the southern portion of Africa.

Other sports aren’t widespread favorites but hold a sizable influence on the Winter Olympics map due to their land mass. It’s hard to ignore the presence of snowboarding thanks to its adoration in Australia, along with Great Britain and Iceland. And speed skating takes up a significant amount of space on the map because of its popularity in China and Mongolia.

There a few other less popular sports that hold prestige in well-known countries. Luge is the go-to sport in Spain and much of Eastern Europe. Figure skating is the top sport over in Japan. And if you happen to be in Ireland during this year’s Olympics, chances are you’ll be watching ski jumping. 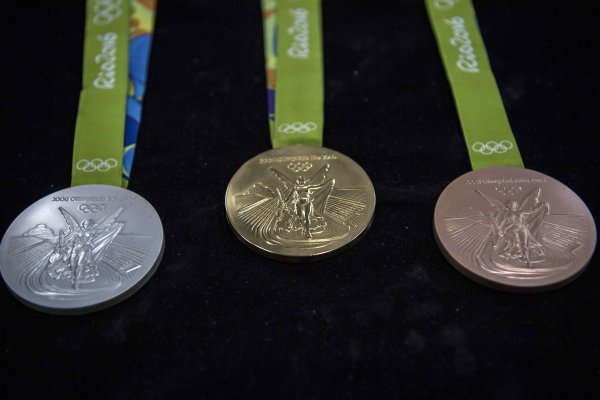 These Countries Have Won the Most Winter Olympic Medals
Next Up: Editor's Pick