Figure Skater Adam Rippon Already Made Olympics History. Here Are 5 Things to Know About Him

Figure skater Adam Rippon made history at the 2018 Winter Olympics before even stepping on the ice in PyeongChang, South Korea.

The 28-year-old athlete was the first openly gay U.S. athlete to qualify for a Winter Olympics, and he is the oldest figure skater since 1939 to make his first trip to the Games. His Olympics dreams came true this year after he served as the alternate for Team USA at the 2010 Games in Vancouver, and becoming the U.S. National Champion in his sport in 2016.

Before Rippon hits the ice in PyeongChang, here are five things to know about him.

He’s the first openly gay U.S. athlete to qualify for the Winter Olympics

Adam Rippon reacts at the end of his program during the Men's Short Program during the 2018 Prudential U.S. Figure Skating Championships at the SAP Center on January 4, 2018 in San Jose, California.
Matthew Stockman—Getty Images

Rippon became the first openly gay athlete to qualify for the Winter Olympics for Team USA when he was selected to be part of the 2018 men’s Olympic figure skating team. He was later joined by freestyle skierGus Kenworthy, who came out in 2015 after he won silver in Sochi in 2014. Kenworthy, who is now openly gay, is vying for a spot back on the podium.

Rippon came out publicly in a 2015 article in Skating Magazine, when he appeared on the cover alongside 2014 Olympian Ashley Wagner.

“When athletes come out and say that they’re gay, it makes it a little more normal and less of a big deal — especially in the athletic community,” he told Skating Magazine in 2015. “You have a lot of respect for your fellow athletes for working hard toward a goal. Their sexual orientation takes a backseat to that.”

Now, being one of the first openly gay men to compete at a Winter Games is a thrilling prospect for Rippon — but a long-delayed milestone for the Olympics.

“I’m a little surprised that it’s 2018 and I’m the first,” he told TIME. “In this day and age, I think it’s so important to be visible and stand up for what you believe in and let the young kids know that it’s OK to be yourself.”

Rippon has been the subject of numerous profiles since he came out publicly in 2015, and, more recently, when he qualified for the men’s Olympic figure skating team.

While Rippon is the first to come out before competing, a number of other former Olympic figure skaters have opened up about their sexuality in recent years. 1988 Olympic gold medalist Brian Boitano came out when it was announced he would be part of the U.S. delegation to the 2014 Winter Olympics in Sochi, Russia, where the country’s anti-LGBT laws were the subject of criticism from participating countries at the Games. Olympic bronze medalist Johnny Weir, who will be commentating for NBC’s primetime coverage this year, is gay but also did not come out publicly when he was competing.

“I never ‘came out’ in sport because I didn’t imagine it as a great secret & it had nothing to do with my skating or my dreams,” Weir wrote in a January tweet.

Rippon made headlines with his criticism of Mike Pence

Rippon blasted the choice of Vice President Mike Pence to lead the U.S. delegation at the Olympics in a recent interview with USA Today. The figure skater said Pence had funded conversion therapy, citing a 2000 message on the website for Pence’s congressional campaign. “You mean Mike Pence, the same Mike Pence that funded gay conversion therapy?” Rippon said. “I’m not buying it.”

The 2000 message suggested funding be given to “those institutions which provide assistance to those seeking to change their sexual behavior.” Pence’s press secretary said the accusation is “totally false and has no basis in fact” in a statement to USA Today.

Rippon also criticized Pence for his support of President Donald Trump, adding that Rippon would not meet Pence if given the chance.

“I don’t think he has a real concept of reality,” Rippon told USA Today. “To stand by some of the things that Donald Trump has said and for Mike Pence to say he’s a devout Christian man is completely contradictory. If he’s okay with what’s being said about people and Americans and foreigners and about different countries that are being called ‘shitholes,’ I think he should really go to church.”

After the story was published, Rippon responded to Pence’s statement on Twitter with screenshots of the 2000 campaign message.

He was almost entirely deaf when he was born

Rippon had a number of ailments in his youth before he took up figure skating. The future Olympian was born with an eye infection and without 80% of his hearing, according to the NBC Olympics website. His infection was taken care of and hearing restored before he turned one years old.

But that wasn’t the end of his medical struggles early on. He also had his appendix burst at the age of five.

The oldest of six children, Rippon grew up in Scranton, Pa., and did not pick up skating until he was 10 years old — a late age to join the sport compared to his peers. Teammate Nathan Chen decided to start skating at age 3, according to USA Today, and Vincent Zhou began skating at age 5.

Rippon went on to have a successful skating career, winning the 2008 and 2009 world junior championships.

Rippon has a signature move

Adam Rippon from the United States jumps during the Mens Free Skate Program competition of the World Figure Skating Championships at TD Garden in Boston on April 1, 2016.
Boston Globe—Boston Globe via Getty Images

“There were times when I was first learning it that I would miss my hands and my arms and shoulders would go all over the place,” Rippon told Absolute Skating in 2010. “But I’ve worked on it — and of course there’s the rare attempt when things don’t work — but I’ve worked on it a lot and I’m really proud to have such a unique element.”

Rippon uses his Twitter to post everything from self-deprecating jokes to insightful messages on how far he has come in his career.

Some examples of his humor include his description of his performances as “a little trash and a little fun,” to references ABOUT RuPaul’s Drag Race.

Other tweets of focus on his progress. Take this thread from early February where he reflects on how he struggled financially early in his career and thanked his mom, coaches and friends for their help.

But, sometimes, Rippon can share moments that are representative of his progress and sense of humor all in one. 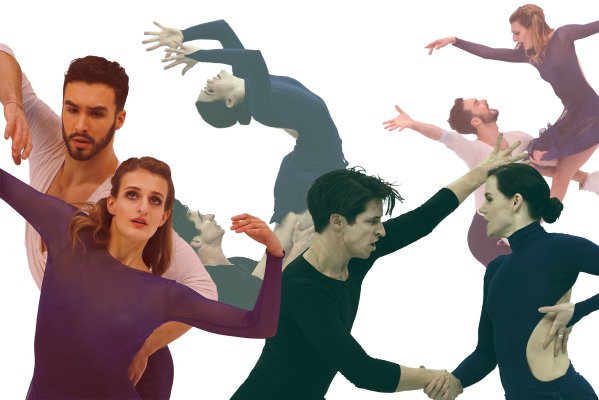 The Story Behind the Best Rivalry in Olympic Figure Skating
Next Up: Editor's Pick