Justin Timberlake‘s return to the Super Bowl stage on Sunday to headline this year’s halftime show was always going to be controversial, thanks to his infamous “Nipplegate” moment with Janet Jackson in 2004.

However, it appears that the singer attempted to subtly address the notorious moment with one of his first songs of the set: a reprisal of the duet of “Rock Your Body” that he did with Jackson 14 years ago.

Timberlake infamously sang the lyrics “I’m gonna have you naked by the end of this song,” as he ripped off part of Jackson’s bodice in a move that would add “wardrobe malfunction” into the pop culture lexicon; however, this time around, Timberlake sang the song but abruptly yelled, “Stop!” before he reached those lyrics, a subtle acknowledgment of Jackson and the controversy of “Nipplegate.” 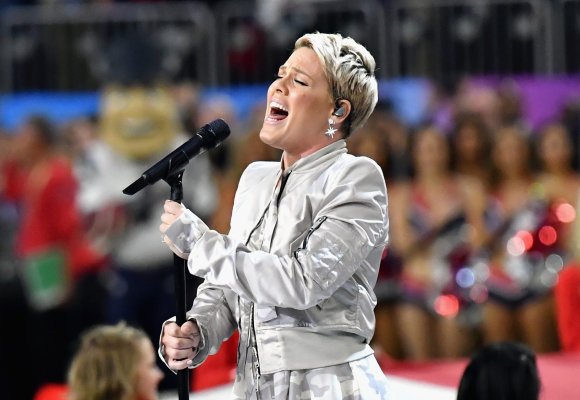 Pink Claps Back at a Hater on Twitter After Singing With the Flu at the Super Bowl
Next Up: Editor's Pick