Review: Black Panther Is Truly a Movie for Everyone

Marvel superhero movies are no longer just a single entertainment option among many; they’re a manmade force of nature. Many comic-book fans love them, while others merely “love” them: For some, responding positively to these elaborate, costly pictures has become a grudging duty. In fact, the only thing wrong with Ryan Coogler’s stirring, imaginative Black Panther is that in some ways, at least, it’s required to fit snugly into the Marvel superhero-movie mold. What would this film have been like if its action scenes had been cut cleanly and clearly, instead of chopped into the usual wasteful, visually confusing slice-and-dice mashup? The whole thing moves a little too fast: There are so many gorgeous details—from Ruth E. Carter’s Afro-futuristic costumes to Hannah Beachler’s Emerald City-a-go-go production design—that you might find yourself wishing you could linger on certain images just a bit longer.

But Black Panther is still a cut above—perhaps many cuts above—any other recent superhero movie, and some not-so-recent ones too. Coogler’s picture—starring Chadwick Boseman as T’Challa, the ruler of the isolationist African country Wakanda, as well as, when kitted out in his sleek black superhero outfit, the principled and authoritative Black Panther—has a social conscience, speaking out plainly about the moral obligations of powerful countries, from sheltering refugees to sharing technology and science to dividing wealth equitably. Those ideas are the movie’s supple backbone, not just stuff that’s been added to make the whole venture seem important. (The script is by Coogler and Joe Robert Cole, based on characters by Stan Lee and Jack Kirby.) And, most blessedly, this is that rare superhero movie in which absolutely zero cities are destroyed, or are even in danger of being destroyed. At a certain point, a villain threatening to destroy a city becomes a ho-hum threat, and Black Panther knows it. The movie is smart, lavish and fun without being assaultive.

The plot is relatively straightforward, and worked out with more care than most: T’challa returns from America to his home kingdom of Wakanda to assume leadership after his father, the king, is killed by a terrorist’s bomb (an event dramatized in Captain America: Civil War). Even amid the grieving, it’s a happy homecoming: T’challa is greeted by his regal mother, Ramonda (the ever-fabulous Angela Bassett), and his riot-grrrl science-nerd sister Shuri (played by the marvelous newcomer Letitia Wright). He reconnects with his closest friend, W’Kabi (Daniel Kaluuya), and readies himself to meet the challenges of leading this small, rich country. (It sits on a veritable gold mine, a store of an extremely precious and potent metal known as vibranium, but those riches are kept secret from the rest of the world.) And he reunites, platonically, with the woman whom he still loves, Nakia (Lupita N’yongo), a fighter-activist who’s more interest in justice than romance. For now, at least.

There’s going to be trouble, of course, and it arrives in the form of Michael B. Jordan’s villainously complex Erik Killmonger, who storms into Wakanda for revenge and something more. The action in Black Panther includes lots of hand-to-hand combat, much of it taking place in a sacred pool—the editing of these scenes could be cleaner, they give the movie a nice jolt of organic energy even so. All the performances are terrific (Martin Freeman appears as one of the token white guys), though the women in the cast give the best of them. Danai Gurira (of The Walking Dead) plays Okoye, a member of an elite group of valets and bodyguards known as the Dora Milaje: When she comes out swinging and ready for battle—her head shaved clean, her face a mask of don’t-mess-with-me attitude—only a moron would risk looking away.

But then, all of Black Panther, shot by Rachel Morrison—who was the cinematographer on Coogler’s 2013 debut Fruitvale Station, and who has just been nominated for an Academy Award for Mudbound—is simply splendid to look at, a marvel of jewel tones and shimmery grays with lots of natural greenery thrown in. And the Black Panther costume gets my vote for the most elegant superhero outfit ever, a lithe, supple stretch of black ink that allows its wearer to leap and strike at any moment. The mask, with its narrow eye slits, facilitates some great staredowns.

One of Black Panther’s attributes as a project, clear from the start, is that it meant roles for many actors of color. From the early to mid part of the 20th century, there was a small but important American industry of films made especially for black audiences, featuring black stars like Cab Calloway and Lena Horne. These weren’t extravagant pictures, but they offered both escapism and a view of life that wasn’t strictly, exclusively white: They reassured black Americans—and it’s a tragedy by itself that such reassurance would be necessary—that they, too, were America.

Black Panther is a modern expansion of that idea, a picture for everyone that stresses the necessary meaning of the word everyone. It’s pure pleasure to look at the screen and see the faces of both established actors we don’t get to see often enough (like Bassett, as well as Forest Whitaker as Zuri, a spiritual-warrior figure) and newcomers who leave us hankering for more (like the vibrant Letitia Wright). Black Panther is set largely in Wakanda, with a detour to South Korea. Still, there’s no shaking the feeling that this is what America looks like when it’s allowed to be its truest, freest self. That’s a superhero challenge if ever there was one. 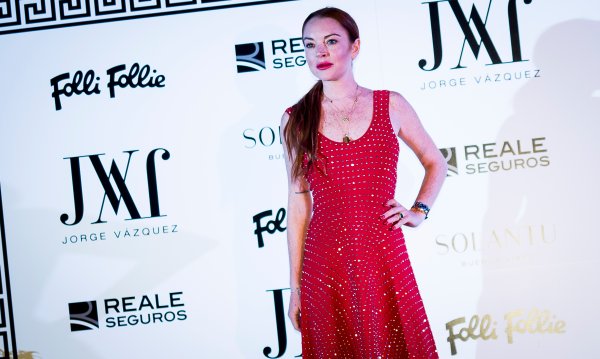