No one makes news like Elon Musk makes news. That’s what happens when you’re the founder of a rocket company, a co-founder of an electric car and solar panel company, a co-founder of PayPal and, not for nothing, have an actual movie superhero—Iron Man—based partly on you. So when Elon Musk says he’s going to launch the most powerful rocket in the world from the very same launch pad that sent the Apollo 11 astronauts to the moon, he’s going to get a little attention.

That’s exactly the big event Musk is touting Tuesday. The rocket he’s preparing to launch is SpaceX’s Falcon Heavy, long delayed but finally ready for liftoff. It’s currently sitting on Cape Canaveral’s historic Pad 39A, with its first launch window opening at 1:30 p.m. ET on Tuesday, Feb. 6, and closing at 4 p.m. When launched, Falcon Heavy will carry a cherry red Tesla Roadster with a dummy wearing a SpaceX spacesuit in the driver’s seat. If all goes well, the Roadster will eventually be placed into orbit around the sun, because, well, why not?

“Test flights of new rockets usually contain mass simulators in the form of concrete or steel blocks,” Musk wrote on Instagram. “That seemed extremely boring. . . . We decided to send something unusual, something that made us feel.”

That’s the showman part of Musk. But what about the rocket man? Does the Falcon Heavy launch matter as much as all the hype suggests? Maybe.

Musk is telling the stone truth when he says his Falcon Heavy will be the most powerful rocket in the world. It will pack up to 5.5 million lbs. (2.5 million kg) of thrust in its first stage, and will be able to lift 141,000 lbs. (64,000 kg) of payload to low-Earth orbit (LEO). That makes it more than twice as powerful as its two main competitors, the Delta IV and the Atlas V. It can lift more than twice as much as those rockets too.

But while the Falcon Heavy is the biggest rocket at large today, it’s by no means the biggest that ever was. NASA’s venerable Saturn V moon rocket had a staggering 7.5 million lbs. (3.4 million kg) of thrust at launch and the power to put 261,000 lbs. (118,000 kg) to LEO. NASA has plans to beat even that. The prosaically named Space Launch System (SLS), the agency’s next generation heavy lift rocket, is designed to pack 9 million lbs (4 million kg) of punch and lift 290,000 lbs. (132,000 kg).

The catch is that the Saturn V was mothballed in 1973, while the first SLS won’t fly until 2019—if then—and it will initially be a smaller version than the final heavy-lift model. That does leave the Falcon Heavy as the likely soon-to-be reigning champ.

So Musk has size on his side. Does he also have price? He claims he does. The Atlas V costs about $109 million per launch, depending on cargo and insurance rates; the bigger Delta IV can go for up to $400 million. Musk boasts of prices starting at $90 million for his rocket.

The Falcon Heavy’s lower price tag comes thanks to some money-saving features. SpaceX reuses its empty boosters, landing them on pads back on solid Earth or on floating barges and then recycling them for future launches. The company has also streamlined its production methods. Rather than producing a bunch of different engines with a bunch of different horsepower ratings, SpaceX has just one, the Merlin. The more powerful a rocket has to be, the more Merlins are bundled into its first stage.

Big bird, big promises: The Falcon Heavy must live up to a lot of hype
SpaceX

If Musk can deliver heavy lift at a low price, he could energize the entire rocketry sector, bringing the much-touted power of commercial competition to an industry that has been able to fatten up on a consistent diet of defense contracts without having to innovate much. More important, heavy-lift boosters are technology you can use not just to get to Earth orbit, but to get out of it too, pressing on to deep-space destinations like the moon and Mars.

There are a few big obstacles that must be overcome for that kind of success to be realized, however. Low prices for big rockets have been promised before. When NASA was first designing the space shuttle, it predicted it could slash the cost-per-pound of carrying payload to orbit to less than $700, corrected for inflation. The actual price wound up being closer to $27,000 per pound.

Musk himself is another reason to be skeptical. His taste for showmanship has seen him promise all kinds of things in the past and then either walk them back or just stop talking about them altogether. Remember in early 2017 when he said he would send two paying astronauts on a trip around the moon and back at the end of 2018? No? He’s probably just as happy if you don’t. Ditto his plan to start colonizing Mars by 2024. The Falcon Heavy, which is already sitting on the pad and ready to to fly, is much more than just happy-talk. But the promises of affordability still have to be met.

Then there’s the design of the rocket, especially those bundled Merlins. SpaceX’s initial test rockets flew on just one Merlin. The workhorse of the fleet is the Falcon 9 which, as its name implies, uses a cluster of nine engines. The Falcon Heavy uses three of those clusters. That’s 27 first stage engines in total compared to the Saturn V’s five, the SLS’s four and the Delta IV’s three. The Atlas V, which can be configured with different numbers of first stage engines, maxes out at six. The more engines you have, the greater the risk of any one of them breaking down or blowing up and igniting the whole bundle. Acoustic resonance—basically out of control vibrations—also increases as the engine count climbs. Wonder how messy an accident with a rocket like that can get? Consider the Soviet Union’s heavy-lift N-1 booster, the country’s intended answer to the Saturn V. The vehicle packed 30 engines into its first stage and, during a launch attempt in 1969 — just 17 days before Apollo 11 landed on the moon — it all blew up, causing the largest non-nuclear explosion ever unleashed by humankind.

The Falcon Heavy is unlikely to come to such an end. The only good thing about failures like the N-1 is that they are learning experiences, teaching designers how to avoid similar catastrophes in the future. But there are a thousand other, less dramatic ways that things could come undone. If the Falcon Heavy does launch, it’s likely to be a grand, rollicking show. Whether the new rocket can deliver more than just live-streamed thrills will not be known for a while. 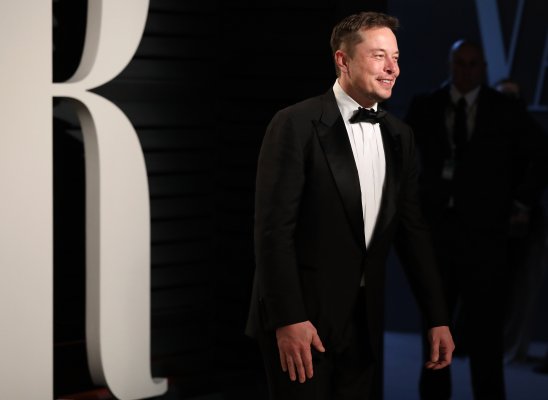