The First Full Trailer for Solo: A Star Wars Story Is Here

Long, long ago in a galaxy far, far away a young Han Solo was kicked out of flight school and still dreams of being the best pilot in the galaxy. That’s according to the first full-length trailer for Solo: A Star Wars Story, released on ABC’s Good Morning America on Monday.

Super Bowl watchers got a brief teaser for the film, which featured Alden Ehrenreich as the young Han Solo off jetting through that far-away galaxy in a new-looking Millennium Falcon with his trusted sidekick, Chewbacca, and best frenemy, Lando Calrissian (Donald Glover). The full trailer tells a little more of the story. In the clip, Ehrenreich’s Solo says that he’s been running scams since he was a kid, was kicked out of a flight academy for “having a mind of my own,” and meets a man named Tobias Beckett (Woody Harrelson) who is putting together a crew, Ocean’s Eleven style. If that’s not enough to get Star Wars fans excited (or at least willing to give this prequel a chance), there’s also Game of Thrones star Emilia Clarke in her role as Qi’Ra and plenty of TIE fighters and star destroyers.

As for how this all explains the origin story of young Han Solo, fans will undoubtedly get a few more hints during the months-long build-up until the film is finally released on May 25th, 2018. 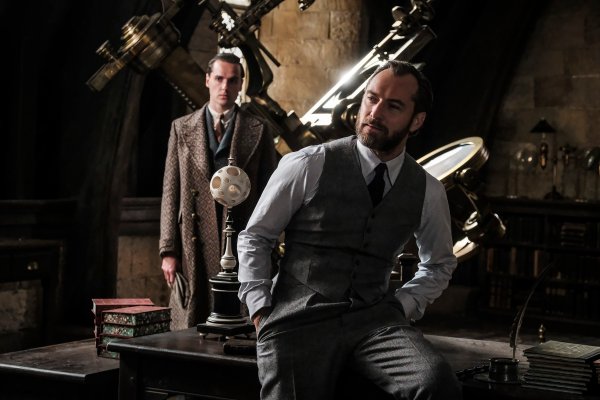