A ruby red Tesla Roadster owned by billionaire Elon Musk is set to be fired-off into space tomorrow on SpaceX’s Falcon Heavy rocket.

Musk’s space company hopes to launch the rocket, which it calls “the most powerful operational rocket in the world,” from NASA’s Kennedy Space Center in Florida on Tuesday in a bid to see if it can send a payload into orbit.

The Tesla and SpaceX founder posted three photos on Instagam showing the sports car mounted in a dome structure with a dummy sitting at the wheel.

According to Musk, the Roadster will be playing David Bowie’s “Starman” when it is released into zero gravity. It is unclear whether the dummy, which is wearing the new Space X suit in the picture, will be onboard as well.

If the launch succeeds, the Falcon Heavy will be the most powerful and biggest rocket to be launched into space since NASA’s 1973 Saturn V. It will also give SpaceX an advantage over other commercial rocket firms seeking major contracts with the U.S. military, NASA, and even paying space tourists. The company hopes to use the Falcon Heavy for missions to the Moon and Mars. 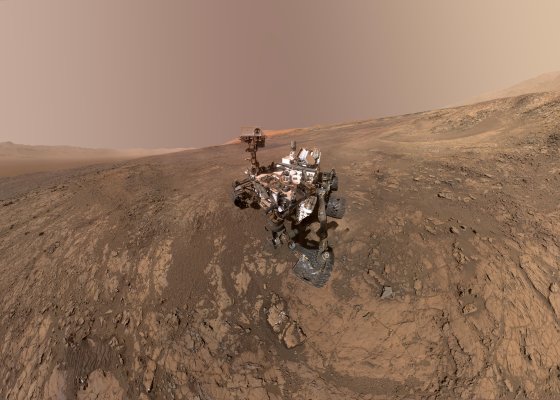 NASA's Curiosity Rover Shares a Stunning Selfie From Mars
Next Up: Editor's Pick