A distracted kid who scored a selfie with Justin Timberlake during his Super Bowl halftime show instantly became the MVP of the big game by looking at his phone.

The internet has now officially dubbed him “Super Bowl selfie kid.” You saw it, everyone saw it, and the internet is here for it.

Timberlake burst into the crowd at Minneapolis’s U.S. Bank Stadium to cap off his Super Bowl performance when 13-year-old Ryan McKenna was in the middle of something much more important on his cell.

McKenna was actually shooting a video of Timberlake, but when the megastar slid up next to him, he was a little tied up. Specifically, he was trying to launch his camera app to document the moment.

Unfortunately, he had equipment issues. “At first I tried to get a selfie with him, and my phone died, and then it turned back on,” he explained to ABC.

He was pumped about the moment. “It was already crazy to be at the Super Bowl in the first place,” McKenna told the St. Paul Pioneer Press. “Then all of a sudden I’m up on the jumbotron and everyone is talking about me. I can’t believe it.”

But before he could explain why he was looking at his phone in interviews, the internet quickly got busy creating all the memes about what they wished this Hingham, Mass. young man’s priorities were.

Congratulations to this seventh-grade New England Patriots fan for experiencing instant internet stardom thanks to his highly meme-able preoccupation with his phone at a crucial time.

See some of the funniest memes of the moment below. 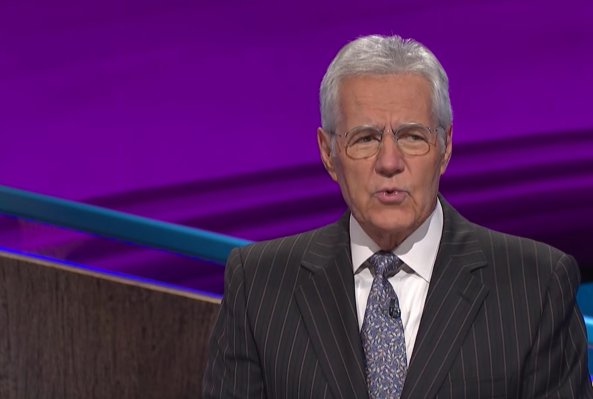 Alex Trebek Knocks Contestants Over Football
Next Up: Editor's Pick