It’s official: after months of secrecy surrounding her pregnancy, Kylie Jenner is a mom.

The 20-year-old reality star and beauty mogul gave birth to a baby girl on Feb. 1, she confirmed on Instagram, Sunday. The little girl weighed in at 8 lbs., 9 oz. and arrived at 4:43 p.m. local time.

The new arrival is the first child for Jenner and boyfriend Travis Scott.

“I’m sorry for keeping you in the dark through all the assumptions,” wrote Jenner. “I understand you’re used to me bringing you along on all my journeys. My pregnancy was one I chose not to do in front of the world.”

Continued Jenner, “I knew for myself I needed to prepare for this role of a lifetime in the most positive, stress free, and healthy way I knew how. There was no gotcha moment, no big paid reveal I had planned. I knew my baby would feel every stress and every emotion so I chose to do it this way for my little life and our happiness.”

“Pregnancy has been the most beautiful, empowering, and life changing experience I’ve had in my entire life and I’m actually going to miss it,” she said. “I appreciate my friends and especially my family for helping me make this special moment as private as we could. My beautiful and healthy baby girl arrived February 1st and I just couldn’t wait to share this blessing. I’ve never felt love and happiness like this I could burst! Thank you for understanding.”

Although the Keeping Up With the Kardashians star chose not to comment publicly on her pregnancy ahead of giving birth, PEOPLE confirmed the news that Jenner was expecting her first child in September.

A source close to the KarJenner family told PEOPLE at the time that the pregnancy was “an unexpected but completely amazing turn of events that she could not be more excited or thrilled about,” adding, “Everyone is overjoyed for her. This is the happiest she’s ever been.”

Another insider told PEOPLE at the time that the 25-year-old rapper, whom Jenner began dating earlier in 2017, began telling friends in July. “He was so excited hecouldn’t keep it in,” the insider said. “He’s been so affectionate and protective of Kyliesince they found out. He can’t wait to be a dad.”

And the lip-kit guru isn’t the only one in the KarJenner family who’s welcoming a new addition into their lives this year.

Days after her pregnancy news broke, sources confirmed to PEOPLE that her sister Khloé Kardashian and boyfriend Tristan Thompson were expecting their first child together.

Much like her youngest sister, the Revenge Body host, 33, waited months before confirming she was pregnant — although unlike Jenner, she made the announcement before her due date.

RELATED GALLERY: All the Clues the Kardashian-Jenners Have Dropped to Reveal Kylie and Khloé Are Expecting

In December, Kardashian confirmed that her “greatest dream” had been realized, just weeks before sharing that she was “six months pregnant.”

“I had been waiting and wondering but God had a plan all along. He knew what He was doing. I simply had to trust in Him and be patient,” she added.

Jenner and Scott were first linked last April shortly after Jenner split from her longtime boyfriend Tyga, and despite reports the new parents recently called it quits, the couple have been going strong throughout the pregnancy.

“They know it’s going to be a frenzy when they do come out,” an insider previously said about the pair. “But Travis is crazy about Kylie and he feels so lucky to have her and the baby.”

Jenner’s desire to avoid the frenzy was behind the reality star’s decision to remain entirely under the radar in recent months. In November, an insider previously told PEOPLE that Jenner is “only trusting her closest friends and her sisters.”

“She wants to reveal things on her own terms but she’s, of course, having fun teasing everyone,” said the insider. “She knows all the attention is on her and her baby bump, but she won’t share until she wants to.”

“Kylie wants to disappear and be out of the spotlight and focus on her health and happiness,” added another source. “She isn’t going to publicly address her pregnancy until she gives birth. She’s not doing any public appearances and just wanted to take six months off.” 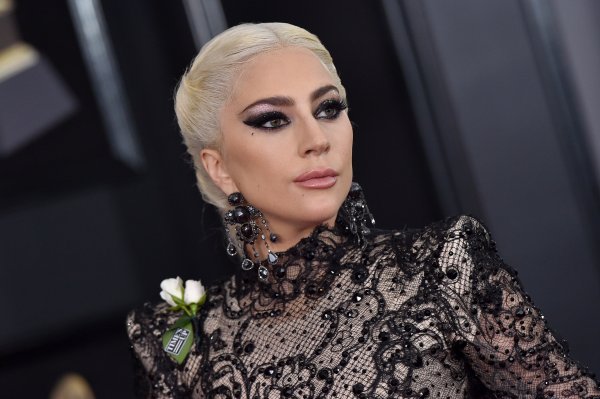 Lady Gaga Cancels the Rest of Her Joanne Tour
Next Up: Editor's Pick