PetSmart announced that a Houston-area groomer was fired after a video showing the worker yanking a dog went viral.

The video showed the groomer gripping the dog’s muzzle and jerking its face as they tried to groom the area around the Shih Tzu’s neck, the Washington Post reported. The woman later yanks the dog to switch the dog’s angle.

“She was just being very aggressive with that little dog, just grabbing it by the ears. It was just unnecessary. The small dog was not really being aggressive or even being resistant, really,” Terah Leder, who took the video, told the Washington Post of the groomer.

Leder and Zahiana Jenkins, who also saw the incident, reported it to the PetSmart managers and waited for the dog’s owner to arrive and showed her the video, according to the report.

The owner, Brooke Vowers then posted the video to Facebook, where it gained close to half a million views, the Post reported. The employee was fired shortly after the video surfaced. 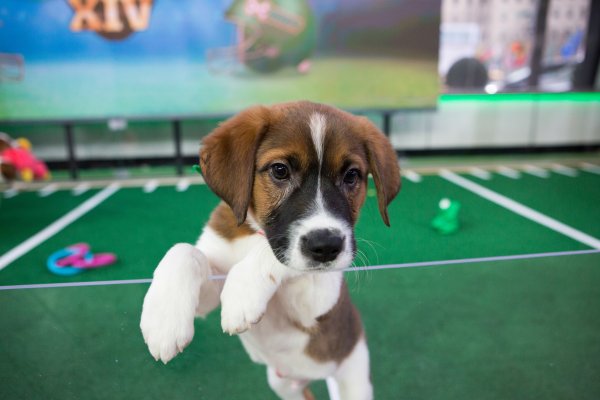 Here's How to Watch the Adorable 2018 Puppy Bowl
Next Up: Editor's Pick