Rose McGowan has canceled upcoming public appearances after a heated exchange at a book event in New York City.

McGowan on Wednesday visited the Union Square Barnes & Noble to promote her new book, Brave. The former actress and vocal anti-sexual assault activist was taking pre-approved questions from the audience when a trans woman brought up McGowan’s past comments about the transgender population, the Independent reports.

“Talk about what you said on RuPaul,” the woman reportedly said. “Trans women are dying and you said that we, as trans women, are not like regular women. We get raped more often. We go through domestic violence more often. There was a trans woman killed here a few blocks [away]. I have been followed home —.”

At that point, McGowan interrupted and responded with, “We are the same,” among other comments, the Independent reports. From there, things escalated into a screaming match. The audience member was eventually escorted out by security and McGowan launched into an expletive-laden retort on stage.

On Friday, McGowan took to Twitter to announce that she is canceling upcoming public appearances, and to criticize the “publicists, t assistants, managers and every person sitting in their chairs frozen” who failed to come to her aid during what she said was a two-minute verbal assault by a paid actor.

In another tweet, McGown demanded an apology from the Barnes & Noble that hosted the event.

McGowan’s book details her upbringing and time in Hollywood, as well as her alleged assault at the hands of disgraced movie mogul Harvey Weinstein. (Weinstein has denied McGowan’s accusations.) Brave was released Jan. 30. 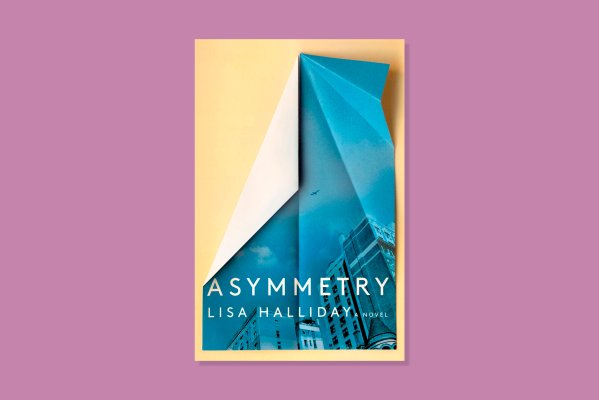 Lisa Halliday’s Asymmetry Is All About A Lopsided Romance
Next Up: Editor's Pick