A California woman is facing murder, assault with a deadly weapon, and vandalism charges for allegedly causing the Jan. 7 highway wreck that killed a 29-year-old married father-of-two in his fourth year of medical school, according to multiple reports.

The site reports Ward allegedly admitted to investigators she intentionally drove into oncoming traffic on Jan. 7, in an attempt to kill herself.

Instead, Ward only broke her leg, but shattered another family.

CBS.com reports authorities allege she steered her vehicle onto I-5 in Redding, and started driving the wrong way. Three cars managed to avoid her before she collided with the car being driven by Ryan Folsom.

Folsom, according to KRCR News, was an aspiring doctor, who died on his way to an interview about a potential residency.

Folsom is survived by his wife, Lauren, and their two sons, who are 4 and 2.

Lauren Folsom is pregnant with their third child, according to police.

Police allege Ward collided with a median before finding an opening used by emergency vehicles, according to the Record Searchlight. After sitting between the two lanes of traffic for more than 7 minutes, authorities allege she turned onto the highway and accelerated, even steering into cars as they approached.

Following the collision, Ward’s vehicle came to rest upside down in the center median. Folsom’s car ended up in a ditch along the highway.

Authorities allege that Ward called her mother before the suicide attempt, and revealed her intention to kill herself..

Ward is being held on $1.5 million bail, PEOPLE confirms through online records.

She has yet to enter a plea to the charges against her, and her public defender was unavailable for comment Friday.

This article originally appeared on PEOPLE,com 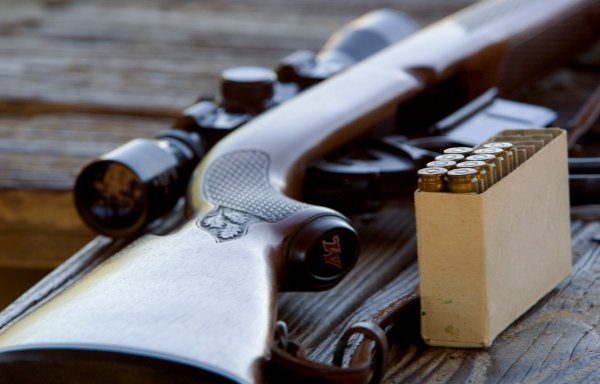 Man Who Sold Las Vegas Shooter Ammo Is Arrested on Federal Charges
Next Up: Editor's Pick