This Is Us answered the question it’s been building to since it started. And the answer—that Jack Pearson (Milo Ventimiglia) died of cardiac arrest after inhaling smoke during a Super Bowl Sunday house fire—was both movingly depicted and, because it seems to bear no consequences for the show’s future, more than a little hollow. It was a misstep that’s long been in the offing for 2018’s signature TV hit—a killing, foreshadowed clumsily for more than a year, that felt unworthy of the moments on the show that do work.

Perhaps the moment most illustrative of all that This Is Us does well and all of the base instincts that scuttle the good came when Rebecca (Mandy Moore) first saw her husband’s corpse. As Moore depicted, with startling realism, a woman in full collapse, NBC sent a chyron flaring across the screen: “SHARE THE MOMENT: #ThisIsUs.” The show, hamstrung by market demands even while delivering the most broadly appealing content available, isn’t allowed to get out of its own way long enough to let a moment land. The moment hadn’t even happened before NBC was instructing viewers how to share it on social media.

That presentation should have come as no surprise. The buildup to this episode had featured offscreen interviews with various cast members about how devastated the audience would be when they finally saw what This Is Us had cooked up.

“It’s just an absolute soul-crushing event,” Ventimiglia said in an interview, adding that “you may get some hope—and then it’s all going to go away.” Leaving aside whether or not bragging about upsetting an audience is in good taste, Ventimiglia seemed off on one important particular: How much hope could there have been? We knew going in that Jack died on Super Bowl Sunday. That he was briefly hospitalized after a house fire (rather than burning to a crisp in said fire) was less false hope than delaying what even casual viewers knew to be inevitable. After all, the show has made rigorous and unyielding work of reminding us of Jack’s death. The events taking place in the past on This Is Us lack real dramatic tension in part because we know how they turn out. They could only be parsed for “hope” if they were unfolding with the future unknown.

This isn’t a bug of This Is Us; it’s a feature. Onscreen, we get to see how the past has affected the present, a nifty trick that too often in the show’s second season has yielded less insight than pure, unyielding, un-nuanced pain, meant only to make the viewer cry. (Well, maybe to share online using the hashtag #ThisIsUs, too.) The show has taken advantage of its timeline-shifting format for two seasons now, establishing that Jack is dead and coyly seeding hints about how it happened. It wasn’t that the puzzle was done poorly. It was that it was done so well that it changed what This Is Us was about, from a show about the big and small concerns of an American family into an atomic bomb of tears each week getting closer to impact.

Frank and startling moments—like arguments surrounding Kevin (Justin Hartley)’s checking into rehab or anything about Randall (Sterling K. Brown) finding his place as a black man in a white family—had the startling feeling of something genuinely unresolved. There were even moments of fleeting self-awareness, as when Kate (Chrissy Metz) said in the Super Bowl episode that she watched old videotapes of her and her father to go for the “catharsis jugular.” And all of these moments tended to get short shrift in favor of the ongoing story of Jack’s death, with characters speaking of his goodness in increasingly outsized ways in order to amp up the eventual catharsis of his onscreen death. The slow build to the killing has been, to the show’s detriment, its point.

Staging that killing on the most-watched night of the TV year says something, intentional or not: It wraps the death of a character further into the realm of pure spectacle, part of a night of entertainment that also included touchdowns and Justin Timberlake. A character in whom we’re meant to invest years of our time deserves better; he deserves to be the human the show has long since lost sight of, rather than the saint who, in this episode, was memorialized as a patient saint who ceaselessly fixed leaking windows and depicted as a near-delusional patriarch who ran back into a burning house to save a dog and old photo albums. His forbearance is something more than human, which makes the character seem somewhat less than human. Now that This Is Us‘s mystery is solved, a whole new timeline (decades into the future!) has already sprung up to take its place—but rather than showy dithering around a limited number of story points, I remain curious about what, exactly, made Jack worth mourning.

Bigger is better in TV—particularly on a broadcast network, on which a hit the size and scope of This Is Us has grown vanishingly rare. The sort of show This Is Us is in its strongest moments—one in which family members have frank and honest conversations about their hopes and fears—isn’t one that stages a ritual death on Super Bowl Sunday, after deploying cast members to brag about how it will make you cry. Maybe, with the development viewers have been waiting for dispensed with, This Is Us will have lost some fundamental motivation. But it’s not too much to hope that it can shift gears and, having had the maximum possible attention on the maximum possible dudgeon, becomes something smaller. It’s time to let go of the catharsis jugular. 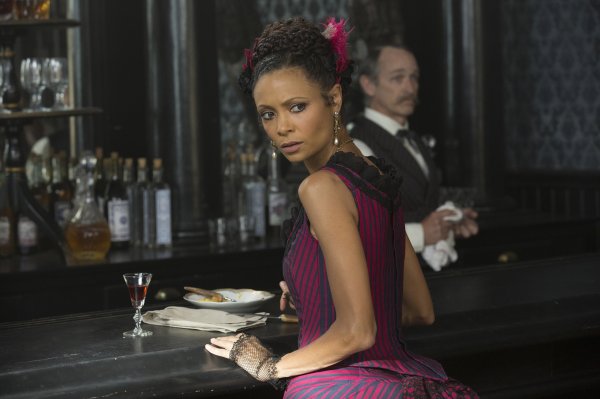