After two mistake-filled outings at Olympic figure skating events so far, Nathan Chen has one last chance to show the world why he’s known as the Quad King. A gold medal favorite in men’s figure skating coming into the 2018 Winter Olympics in PyeongChang, South Korea, Chen was undefeated this season, after sweeping up his second U.S. title, along with gold at the Grand Prix Final.

But in PyeongChang Chen stumbled or fell out of all of his jumping sequences in the men’s Olympic skating short program on Friday, and he sits in 17th place going into the long program, behind teammates Adam Rippon and Vincent Zhou. While it’s unlikely he will be able to vault himself to the podium from there, he could end his Olympic debut on a more positive note by performing without the pressure of a medal on the line.

What made Chen such a skating sensation going into the games in PyeongChang was the strength of his jumps. Chen is the only man to land five quadruple jumps in a single program (seven if you count both short and long programs). He’s also the only one to capable of whipping off five different quad jumps (the only one he hasn’t landed is the quadruple axel — which no one has ever landed successfully). The question is whether he’ll be able to land these jumps in his final program at the 2018 Olympic Games.

Chen’s free skate, or long program, is set to the soundtrack from Mao’s Last Dancer. The movie tells the real life story of Li Cunxin, who trained in ballet during the strict Mao regime, and is given the opportunity to travel to the U.S. for a three-month stint at the Houston Ballet. When he decides to remain in the U.S., the Chinese government revokes his citizenship and Li is separated from his family for decades before he is eventually reunited with them.

Watch the video above to hear Chen talk about how he tells Li’s story on ice, and what is going through his mind throughout his four-and-a-half-minute program. 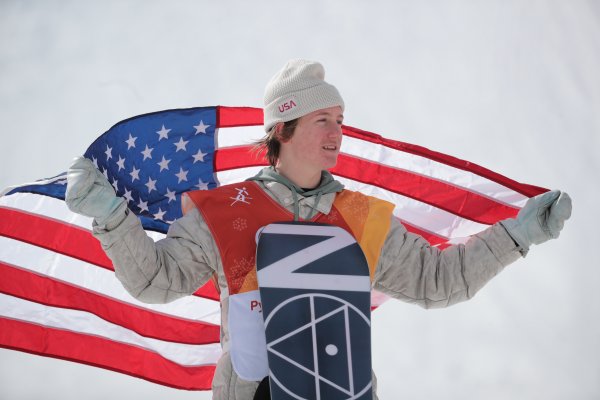 Red Gerard Just Wants to Snowboard and Eat Burritos. And Win Another Olympic Gold Medal
Next Up: Editor's Pick