Natalie Wood's Death Has Been Ruled Suspicious. Here’s What to Know About the Actor’s Mysterious Drowning

More than 35 years after the mysterious death of Hollywood star Natalie Wood, the actor’s 1981 drowning has returned to headlines.

On Thursday, responding to interest generated by an upcoming 48 Hours report on the matter, a spokesperson for the Los Angeles sheriff confirmed that new witnesses who have come forward since the case was reopened in 2011 have provided investigators with a different story of what happened during Wood’s final hours. The witnesses’ accounts have prompted Los Angeles Country officials to deem the actor’s death “suspicious” and name her 87-year-old former husband Robert Wagner as a “person of interest.”

Who was Natalie Wood?

Wood was an actor who rose to prominence during her childhood with a co-starring role in the classic 1947 Christmas film Miracle on 34th Street. She then transitioned into more mature work at 16 years old with an Academy Award-nominated performance in Rebel Without a Cause, alongside James Dean. She went on to achieve stardom in two musical films, West Side Story and Gypsy, before going on to Oscar nominations for her performances in Splendor in the Grass and Love with the Proper Stranger. In total, she earned three acting nominations by 1963, when she was just 25 years old.

Thanks to her acclaimed performances and stunning beauty, Wood was one of the most admired actresses of her day. In a 1961 profile, TIME wrote, “Natalie Wood has every reason to feel exhilarated… she is just about the raciest filly to come down the Hollywood sound track since Liz Taylor.”

By that point, her marriage to fellow actor Wagner was already troubled. (They had married in 1957, when she was just 19; he was about eight years her senior.) The highly-publicized couple would divorce by 1962 before resuming their relationship in 1972, resulting in another marriage later that year. They remained married until Wood’s sudden death in 1981.

How did Natalie Wood die?

On the evening of Nov. 28, 1981, Wood was out with Wagner and her co-star of the film Brainstorm, Christopher Walken, during a boating trip to Santa Catalina Island off the coast of Southern California. What happened next has remained unclear for decades, but the following morning Wood’s body was found by authorities. The cause of death was ruled an accidental drowning, but an autopsy report revealed that the actress had bruises on her body and a significant amount of alcohol in her system, prompting speculation about the true nature of her death. “In a matter of hours, shock turned to pity and then to conjecture,” TIME reported in the immediate aftermath. “Exactly why did Natalie Wood die? When a gorgeous movie star full of wine stumbles off a quarter-million-dollar yacht in her nightgown and drowns, while her actor-husband sits oblivious with her film co-star a few yards away, people will talk. And wonder.”

“I’m frightened to death of the water,” the story quoted her as having recently told a reporter. “I can swim a little bit, but I’m afraid of water that is dark.”

The case remained classified as an accident until 2011, when it was reopened. At the time, officials specified that Wagner was not a suspect. The following year, the coroner’s office changed Wood’s death certificate to read “drowning and other undetermined factors.”

Why is Robert Wagner now a person of interest?

According to Los Angeles Country Sheriff’s investigators, new witnesses have come forward with enough information to deem Wood’s case as a “suspicious death.” Officials are curious if Wagner played a role because his accounts of what happened that night have shifted, signaling a red flag to detectives, according to CBS.

“As we’ve investigated the case over the last six years, I think he’s more of a person of interest now,” Los Angeles County Sheriff’s Department Lieutenant John Corina says in an interview with 48 Hours, CBS reports. “I mean, we know now that he was the last person to be with Natalie before she disappeared.

“I haven’t seen him tell the details that match … all the other witnesses in this case,” Corina adds. “I think he’s constantly … he’s changed the — his story a little bit… and his version of events just don’t add up.”

What has Robert Wagner said?

In a statement to TIME, a rep for Wagner said that “48 Hours had run similar claims in the past.” Los Angeles Country Sheriff’s Department spokeswoman Nicole Nishida also downplayed the show’s interview, according to the Associated Press, and said that there weren’t any new details in the case.

In a 2008 memoir, Wagner wrote that he and Walken had an argument the night Wood disappeared and that Walken went to bed first. It was a while later, after he had calmed down, that Wagner noticed that Wood and the yacht’s dinghy were both missing. 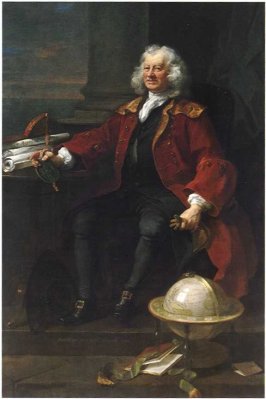 How a Self-Made 18th-Century Tycoon Built the First Charity for Kids
Next Up: Editor's Pick