Democrats Have So Many Candidates They Could Go Broke. A New Group Might Have the Fix

The Democrats have an unusual problem in the 2018 midterms: they’re drowning in candidates.

An unprecedented surge of competitors running for Congress—many of them women, many of them first-timers—may actually complicate the party’s quest to retake the House. More candidates means more crowded primaries, and crowded primaries means Democratic candidates will spend precious time and money fighting other Democrats instead of Republican incumbents. Democrats risk being choked by their own enthusiasm as Republicans calmly glide towards the general elections.

Most grassroots groups have been so focused on recruiting and training progressive candidates that they haven’t given much thought to how those candidates might cannibalize one another’s campaigns. But Swing Left, an upstart progressive organization that is trying to flip the House in 2018 by directing volunteers and funding from safely blue precincts to nearby swing districts, is trying something a little different.

Rather than wade into contentious primary contests, Swing Left is already focused on fundraising for the Democratic nominee in select races—whoever it might be. “If you feel strongly about a candidate, great. But if all you want to do is win back the House, why would you give money that’s going to be spent on a primary?” says Ethan Todras-Whitehill, executive director of Swing Left. “We’re trying to shift the frame of fundraising. We’re not fundraising for someone; we’re fundraising against someone.” He calls it “hacking campaign finance.”

Swing Left has set up what it calls District Funds: pots of money that get donated to the Democratic nominee in a targeted race, whoever he or she is, as soon as that candidate wins the primary. So far they’ve raised nearly $4 million for the project from over 61,000 individual contributions. Says Todras-Whitehill: “It’s like a Kickstarter, but for districts.”

This fundraising strategy has even spurred some Democrats who are competing against one another to come together and raise money that could wind up in the coffers of their primary opponents. A local group in Virginia’s 10th District is hosting a “Better President’s Day” fundraiser to raise money for the eventual Democratic nominee challenging GOP Rep. Barbara Comstock; the event page says six Democratic primary candidates will be there. In Texas, a Dallas-area Swing Left group has already raised nearly $10,000 for a “Unity Fundraiser” for Democrats challenging Rep. Pete Sessions in Texas’s 32nd district. All seven primary candidates are scheduled to attend.

“They all signed up as soon as we asked,” says Chris Ferguson, a real estate attorney who is organizing the Dallas event. “We’re lucky that we have a slate of really qualified candidates, but to be honest any Democrat that ends up being the nominee is far better than whatever Republican running.” Ferguson says the group asked the primary candidates not to give their stump speeches at the event, and to focus on their common goals instead.

Raising money for not-yet-nominated candidates isn’t a new idea. The progressive fundraising platform ActBlue has been raising money in “nominee funds” since 2004. But they normally attract only a trickle of donations. “It’s always been a hard sell,” says Erin Hill, executive director of ActBlue. “It’s hard to fundraise for a candidate who doesn’t exist.” Until Trump was elected, the most ActBlue had ever raised for nominee funds in an election cycle was roughly $116,000, which was distributed across 129 races during the 2008 cycle.

But last year, ActBlue, Swing Left and the liberal political group Daily Kos teamed up to raise money against Republican members of Congress who were voting to repeal the Affordable Care Act. Already ActBlue has raised $2.6 million in nominee funds from more than 66,000 contributors for the 2018 elections, which they’ll distribute to 252 races as soon as a Democrat is nominated. “I’ve never seen them take off like they’ve had this year,” says Hill of the nominee funds.

Democrats still have their work cut out for them in the money chase. The billionaire Koch brothers have pledged to spend $400 million on the midterms, and the Republican National Committee has raised twice as much as the DNC. Yet Democrats have outraised Republicans in a dozen competitive races for open seats analyzed by Bloomberg, and are also performing better with small donors, who gave $22.2 million to the DCCC in 2017, more than double the haul brought in by their GOP counterparts.

The new model of raising money for whichever candidate emerges from a primary might be most useful in regions like Southern California, where at least five Democrats apiece are already running to replace retiring Republicans Darrell Issa and Ed Royce. That will create packed primaries sure to drain coffers, dampen morale and cannibalize votes in a state where so-called “jungle primaries”—in which the top two finishers, regardless of party, run against one another in the general election—could help Republicans keep the seats.

“While Democrats fight with each other, Republicans will focus on fighting Democrats — and that’s how we plan to win,” said National Republican Congressional Committee Chairman Steve Stivers of the fight to replace Issa. “We look forward to facing whoever limps out of the Democrats’ battle royale: black and blue, and broke.” 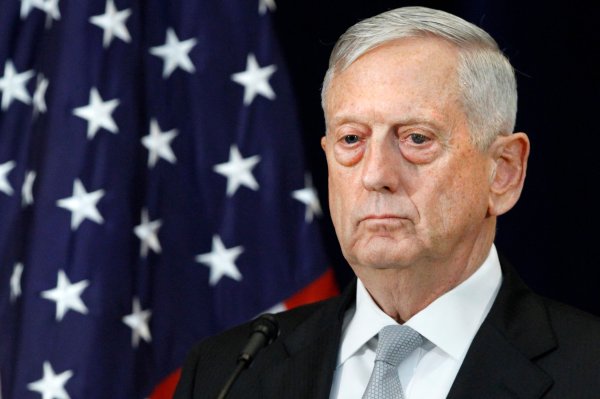