At least 70 mammal and dinosaur tracks were discovered in an area no larger than two square meters at NASA’s Goddard Space Flight Center near Washington D.C., according to a research paper published Jan. 31 in the journal Scientific Reports.

The tracks were initially discovered in April 2012 by a local track expert when he was dropping his wife off at her job in the Flight Center. According to a NASA release, expert Ray Stanford noticed a rock outcropping behind the building and went to investigate. He then discovered a 12-inch-wide dinosaur track on a slab of sandstone the size of a dining table, which was covered in around 70 additional footprints made more than 100 million years ago.

The footprints of eight different species were identified, including large, predatory dinosaurs and much smaller mammals. NASA reports that all the tracks were likely to have been made at a similar time, with evidence suggesting at a location on the edge of a wetland.

“The concentration of mammal tracks on this site is orders of magnitude higher than any other site in the world,” Martin Lockley, a paleontologist with the University of Colorado, Denver, and co-author on the Scientific Reports paper, said in the NASA release.

“I don’t think I’ve ever seen a slab this size, which is a couple of square meters, where you have over 70 footprints of so many different types,” he added. “This is the motherlode of Cretaceous mammal tracks.” 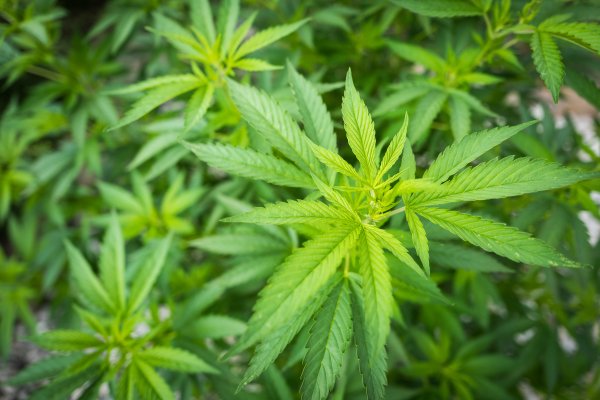 Girl, 6, Becomes First Recipient of Medical Marijuana in Texas
Next Up: Editor's Pick