A girl aged six made history on Thursday after she became the first person in Texas to legally receive cannabis for medical purposes, more than two years after state lawmakers legalized the use of medical marijuana in specific circumstances under the Texas Compassionate Use Act.

The young girl, whose identity has not been revealed, was given the medical marijuana by a nurse in order to treat her epilepsy. According to the Texas Tribune, the girl was given a cannabis oil with low levels of the main mind-altering ingredient known as THC and high levels of a non-euphoric component called cannabidiol (CBD).

The medical marijuana was provided by Knox Medical, a company that began dispensing medicinal cannabis in December 2016. “For Texans suffering from intractable epilepsy, the wait for medical cannabis is finally over,” José Hidalgo, the founder and CEO of Knox Medical (also known as Cansortium Holdings), told the Tribune. “This is a historic day for Texas.”

Three dispensaries in total have been licensed to sell the specific non-psychoactive medical marijuana under the 2015 Texas Compassionate Use Act, Statesman reports. Medical marijuana is now permitted in 29 states, including New Mexico, and recreational marijuana is legal in an additional eight. 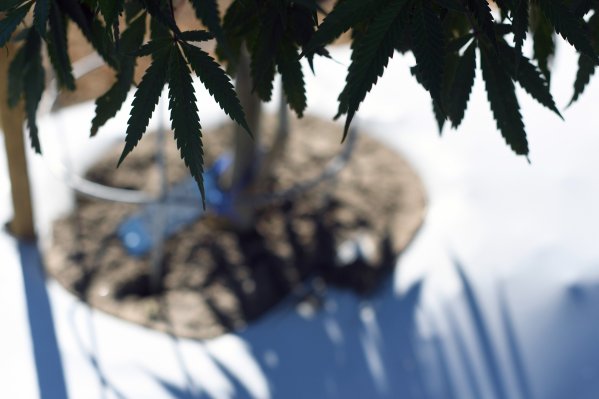 White House Crackdown on Legal Marijuana Could Hurt Republicans
Next Up: Editor's Pick