A large majority of Americans in both political parties think President Donald Trump should consent to an interview with special counsel Robert Mueller, according to a new poll.

Trump has said he would “love” to talk to Mueller, who is investigating Russian meddling in the 2016 election, as well as whether the Trump campaign or Trump himself colluded with Russia or sought to obstruct justice. But it remains to seen whether in an interview, which could be risky for Trump, will actually take place. Mueller and congressional investigators have already interviewed roughly 50 people in Trump’s orbit, and Mueller has brought criminal charges against four of Trump’s former aides. 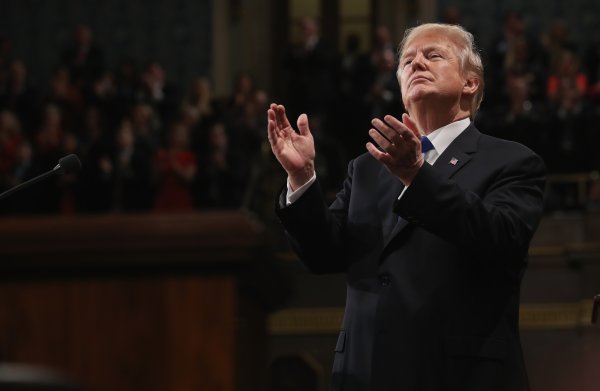 What President Trump Really Said
Next Up: Editor's Pick