Jimmy Kimmel didn’t hold back while giving a blistering critique of the memo written by House Intelligence Committee Chairman Devin Nunes that reportedly alleges that the FBI abused a surveillance program.

“This is a memo written by Devin Nunes, a Republican Congressman from California that claims the FBI overstepped their surveillance of Trump foreign policy adviser Carter Page in a very obvious attempt to paint the FBI as biased against Trump and to discredit the work of Special Counsel Mueller,” Kimmel said. “This is how our government works now: If your party is in charge, you can lie, you can cheat, you can game the system to benefit your buddies, you can basically do whatever you want.”

Kimmel also said that the Republican congressman from California is overseeing the House’s Russia investigation, even though “he recused himself from the investigation, after her got caught sneaking to the White House to share information with the people he was supposed to be investigating.”

Kimmel even had a humorous comparison of Nunes’s relationship with Trump.

“To call Devin Nunes Donald Trump’s lap dog would be an insult to dogs,” he said. “And laps.”

Watch the full clip of Kimmel talking about Nunes and the memo above. 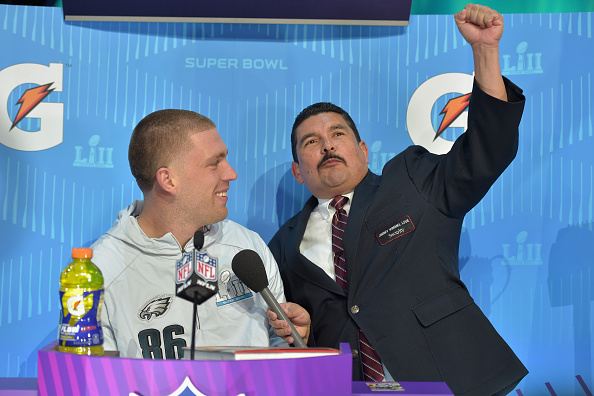 Jimmy Kimmel Found a Way to Infiltrate Super Bowl 2018 in the Most Hilarious Way
Next Up: Editor's Pick