The father of three victims of Larry Nassar tried to attack the disgraced sports doctor in a court hearing on Friday morning – only to be restrained by bailiffs.

“I would ask you to — as part of the sentencing — to grant me 5 minutes in a locked room with this demon,” the father, Randall Margraves, said after two of his daughters spoke, according to the Associated Press.

“You know that I can’t do that. That’s not how our legal system works,” Judge Rosemarie Aquilina responded.

At that, Margraves ran across the court room toward Nassar, prompting bailiffs to tackle him to the floor.

More than 265 victims have now come forward to accuse Nassar of abuse. 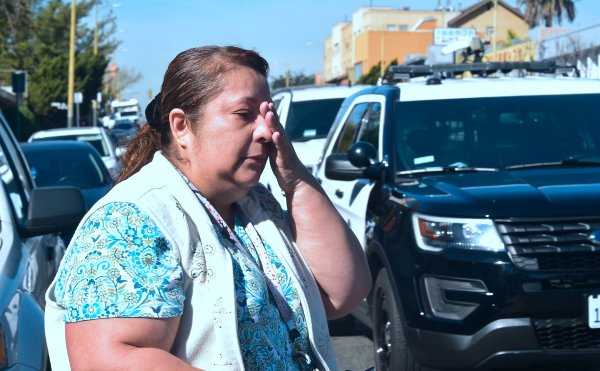 12-Year-Old Girl in Custody After School Shooting
Next Up: Editor's Pick