The University of Pennsylvania is removing casino mogul Steve Wynn’s name from a commons and a scholarship and rescinding his honorary degree following allegations of sexual harassment.

The decision comes nearly a week after The Wall Street Journal’s report containing multiple allegations of sexual misconduct against the casino mogul. Among the claims is a $7.5 million payout he allegedly made to a manicurist who alleged he had sex with her despite her protests. Wynn has denied the allegations. He has since stepped down from his position as finance chairman at the Republican National Committee.

“Late last week, multiple credible reports emerged in the national press detailing pervasive and decades-long acts of sexual harassment and intimidation by Steve Wynn, former Penn Trustee and College alumnus,” David Cohen, chair of Penn’s Board of Trustees and Penn President Amy Gutmann said in an emailed statement, reprinted in full by The Daily Pennsylvanian. “The nature, severity, and extent of these allegations, and the patterns of abusive behavior they describe, involve acts and conduct that are inimical to the core values of our University.”

Wynn’s name will be removed from “Wynn Commons,” an outdoor plaza between several college halls and an auditorium. According to The Daily Pennsylvanian, a metal rectangle has already been placed over his name on a seal outside of one of the halls. The scholarship created from Wynn’s donation will no longer bear his name, though it will still be awarded.

Along with the decision regarding Wynn, the Ivy League university said it would also be stripping Bill Cosby, who has been accused of multiple accounts sexual assault and misconduct, of his honorary degree. This is a reversal from their decision in 2015, when a spokesperson for Penn stated, “While the allegations against Mr. Cosby are deeply troubling, it is not our practice to rescind honorary degrees.”

Cosby has denied the allegations. A criminal case against him last year ended in a mistrial; a retrial is scheduled for this year.

Penn’s decision was made after recommendations to the Executive Committee of the Board of Trustees; it has been a century since Penn rescinded an honorary degree, according to the statement.

On Wednesday, a similar decision was made at University of Iowa. University leadership announced that school will be removing Wynn’s name from the Institute for Vision Research, the first time it has stripped a donor’s name from a building. 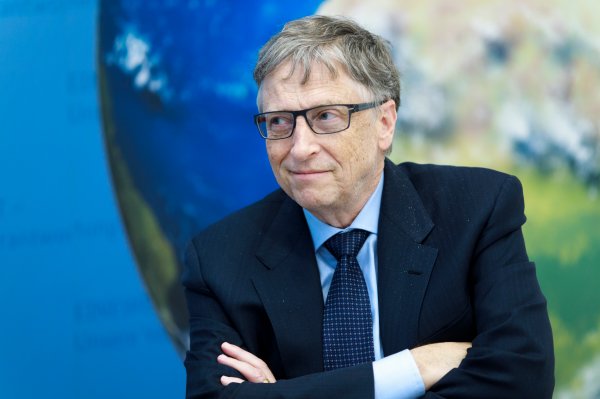 The 4 Learning Hacks Bill Gates Swears By
Next Up: Editor's Pick