'We Can’t Ignore It Any More.' A Tennessee Lawmaker Filed a Bill to Ban Fraternities and Sororities

A Tennessee lawmaker introduced a bill this week to ban fraternities and sororities from state colleges and universities, hoping to force a conversation about the role of Greek organizations after a year of high-profile hazing incidents.

“I’ve thought about it for quite some time. You realize that some legislation is volatile. You realize that it’s not going to be popular, and you may hold off,” Rep. John DeBerry Jr., a Democrat representing Memphis in the Tennessee House, told TIME on Thursday. “But the continuation of assaults and hazing incidents and just bad behavior — not just in Tennessee, but all over the country — at some point in time, you have to force the argument and force the discussion.”

DeBerry filed the bill on Tuesday, nearly a year after the death of fraternity pledge Tim Piazza in an alleged hazing ritual at Penn State’s Beta Theta Pi fraternity. Piazza suffered traumatic injuries when he fell down a slight of stairs after being forced to drink a toxic amount of alcohol, according to a grand jury report. In the months since, three more students have died in alleged hazing incidents at Louisiana State, Florida State and Texas State, prompting those universities and others to temporarily suspend Greek life.

“We ought to be able to send our young people to school, they ought to be able to be in a safe environment, and if they want to join a fraternity or sorority, it ought to be such that they come out better people and we’re not watching a national news story about someone being hazed and falling down stairs,” DeBerry said. “This is something that we’ve got to get right all over the country.”

The bill would prohibit fraternities and sororities from being “recognized by, associated with, or operating on the campus of, any state institution of higher education.” It would not apply to professional fraternities and honor societies.

DeBerry said he wants to hear a stronger commitment from universities to be transparent about Greek misconduct, hold fraternities accountable and prioritize the safety of students over the longevity of Greek organizations. He met Wednesday with representatives from the University of Tennessee to discuss the bill.

“We share Rep. DeBerry’s concern for the safety and conduct of our state’s college students, and our campuses are actively looking for ways to make students safer,” Gina Stafford, a University of Tennessee spokesperson, said in a statement. “We do not, however, believe that removing Greek Life from campuses is the best way to accomplish desired student conduct or outcomes.”

Last year, the university’s Knoxville campus implemented the first significant changes to its student code of conduct in more than 40 years, Stafford said. In the wake of deadly hazing incidents at other schools, the campus launched a hazing prevention team. It also suspended one of its fraternities for “extreme intoxication and injury requiring medical attention” during a “big brother, little brother” event, the Knoxville News Sentinel reported.

“While colleges and universities are facing critical challenges, fraternities and sororities are actively partnering with campuses to implement measures to enhance health and safety, and we invite true collaboration and dialogue with public officials as we focus on solutions,” the six groups said in the statement. “Together, as interfraternal organizations, we call on Rep. DeBerry to withdraw his bill, which if implemented, would have a chilling effect on a student’s basic constitutional rights of freedom of expression and association.”

“As long as those organizations act within the character and the image and expectations of that university, I’m all for it,” DeBerry said. “What this bill does is say look, we can’t ignore it any more.” 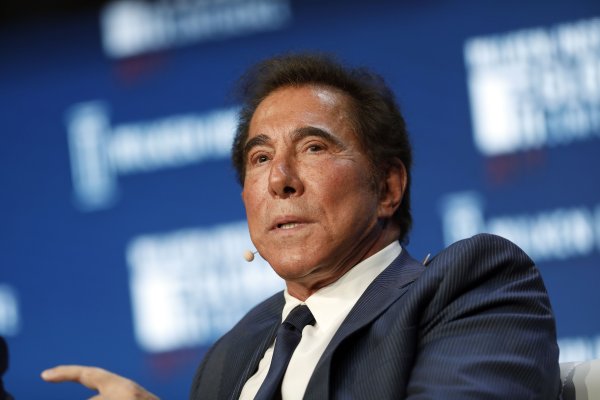 University of Pennsylvania is Rescinding Honorary Degrees for Steve Wynn and Bill Cosby
Next Up: Editor's Pick