Sen. Hassan: Trump Has Been All Talk, Little Action on the Opioid Crisis

President Donald Trump signs a presidential memorandum to declare the opioid crisis a national public health emergency in the East Room of the White House in Washington, D.C., on Oct. 26, 2017.
Jabin Botsford—The Washington Post/Getty Images
Ideas
By Maggie Hassan
Hassan is a Senator for New Hampshire in the U.S. Congress.

If recent trends have held, about 10,000 Americans died since the commission released its report. Thousands more overdosed and were revived by overburdened first responders. Too many babies were born dependent on opioids. Too many children were placed in foster care. Some entered treatment. Some couldn’t find the help they needed.

Across America, people are waiting, hoping — and dying.

The President’s own commission provided a roadmap to help turn the tide of this epidemic — but neither the President nor anyone in his administration seem willing to take the actions needed to make those recommendations a reality.

When President Trump announced the commission, I had some reservations about its usefulness. After all, we already had an extensive body of research and countless recommendations from advocates and experts about what we needed to do.

However, I was encouraged by the serious people from both parties — including Massachusetts Governor Charlie Baker and former Congressman Patrick Kennedy — named to the commission. I was also encouraged by the positive meeting I had with commission members and senators from across the aisle at the White House in April.

When the commission released its final report on November 1, I was again cautiously optimistic. The report included a wide range of recommendations — many of which I have long fought for — including boosting treatment capacity, requiring more prescriber education and strengthening access to Medication-Assisted Treatment.

But to make these recommendations more than just words on a page requires follow-through, and critically, a substantial increase in federal resources. In the past three months, we have seen almost no action from the Administration on the commission’s recommendations, and the Trump Administration has not been willing to lead in pushing for additional federal resources.

The neglect continued in the President’s State of the Union address, where he failed to call for a single additional dollar to address this crisis. In fact, while he gave lip service to the crisis, he did not name a single specific action his administration will take to combat substance misuse.

One of the commission’s members, former Congressman Patrick Kennedy, has even called the commission’s work a “charade” and a “sham” because it has not been backed up by any new federal funding.

While the Administration has failed to act, I have continued to try to secure additional federal resources to strengthen prevention, treatment, recovery and law enforcement efforts by introducing legislation, sending letters with members of both parties and speaking out in committee hearings, on the Senate floor and at every opportunity I get.

Toward that end, my fellow New Hampshire Senator Jeanne Shaheen and I are pushing Senate leadership to include an additional $25 billion to combat this crisis in the long-term funding agreement that’s currently being negotiated. This funding could help implement the commission’s recommendations and support opioid treatment programs throughout the nation.

But so far, despite support from our colleagues in both parties, Republican leadership has not agreed to such an increase in funding. That’s why we need the President and his administration to finally work with us to get these resources.

People are dying every day, and we know how to help stop it. The Trump Administration and members of both parties agree on much of what we need to do. Now we need to see the resources to make these recommendations a reality.

We can’t afford to wait another three months for this administration to take this epidemic seriously. We need action now. 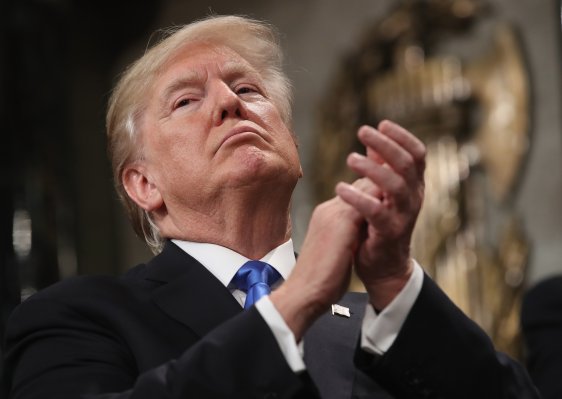 President Trump's Immigration Crackdown Will Only Make the MS-13 Gang Stronger
Next Up: Editor's Pick